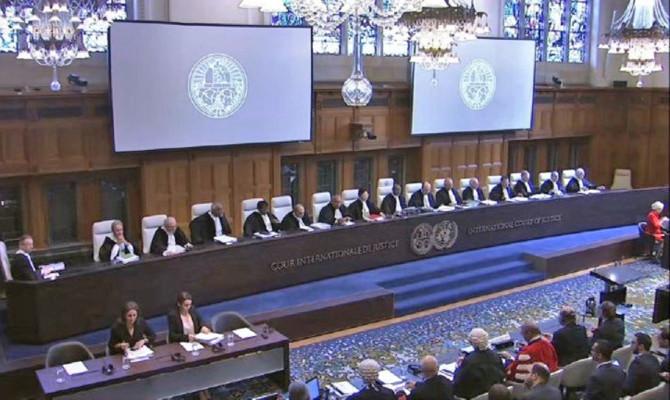 APTHE HAGUE:  Qatar supports terrorism, spreads hate speech and interferes in the affairs of its neighbors, judges at the International Court of Justice in The Hague heard on Thursday.

“Our government has asked Qatar time and again to cease this conduct,” the UAE’s ambassador to the Netherlands, Saeed Al-Nowais, told the court. “Although Qatar repeatedly committed to do so, it has failed to live up to its commitments.”

The UAE is defending a lawsuit brought by Doha over the boycott imposed last June by the Anti-Terror Quartet (Saudi Arabia, the UAE, Bahrain and Egypt), severing diplomatic ties and transport links. Qatar claims the UAE has forcibly separated families, in violation of an international treaty signed by both countries.

Al-Nowais said his country “completely rejects the allegations, all of which are without any merit or basis.”

“Qatar has put forward no credible evidence to substantiate any of these claims,” he said, and they consisted “only of anecdotal and unverified statements.”

“The UAE’s measures against the Qatari government are carefully measured to have the least possible impact on ordinary people,” Al-Nowais said.

Relations with Qatar were cut “because of its support for terrorism, its interference with the affairs of its neighbors and its dissemination of hate speech.”

The court is expected to take several months to deliver a judgment.

“This is a conflict based on disagreements over policy, not national origin,” Jonathan Schanzer, senior vice president for research at the Foundation for the Defense of Democracies and a former terror-finance analyst at the US Department of Treasury, told Arab News.

“It is ridiculous to see Doha claiming that it is suffering significantly while at the same time it is boasting that its standard of living has not changed after a year of the boycott.”

Fahad Nazer, a Saudi political analyst and an International Fellow at the National Council on US-Arab Relations, said Qatar should address its neighbors’ legitimate grievances rather than seek to “internationalize” the dispute.

“The Anti-Terror Quartet has made a compelling case that Qatar’s actions and policies have violated some of the most fundamental laws, conventions and norms of international relations,” he said.