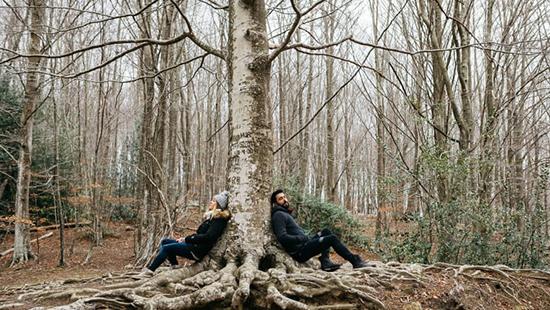 For some women, the decision to leave their partner comes on slowly, a gradual realisation that they have hit an emotional dead end and the love has dried up.

For others, such as May*, it’s the discovery of a hidden past or a betrayal that throws the relationship into stark relief and sounds the death knell.

May’s decision to leave her 10-year marriage was prompted by the discovery of large amounts of cash her partner had been hiding from her.

“The relationship had been going bad for a while and he was a jealous person who wasn’t able to celebrate my successes,” says May. “But it took about six months after I found the money that I realised he was a narcissist and I decided to leave.

“I now call it the trade-off point, that moment when the bad outweighs the good. Even though we had three kids, I left him. It was like a weight lifted off me.”

But for many women, the decision is not so clear cut. Their partner may not be a bad person but they sense, nonetheless, that something is missing. Should they call time? Relationship counsellor Dan Auerbach suggests asking first whether you and your partner fully understand what’s gone sour.

“When that connection breaks down, couples will either end up fighting a lot about the same issue or they will give up and withdraw from each other,” says Auerbach. “It’s important to know what caused you both to get to that point and to be honest about your role in the problem, which will help you decide what to do.”

Auerbach divides the reasons for wanting to separate into two types: hard and soft conflicts.

Hard conflicts are those that involve one partner acting in a damaging way, including addiction or having affairs. “In these instances, the question is more whether the person is seriously committed to changing,” he says.

Soft conflicts are what most couples face: staunch differences of opinion, a lack of intimacy, feeling neglected. “In these conflicts, couples are often in a pattern of distress that is circular and feeds on itself,” says Auerbach. “It’s about taking a step back and looking at what is really driving the conflict. If you are solely blaming your partner for the problem, then it’s a sign you haven’t learnt enough about yourself.”

One way of deciding whether to stay or go is to ask yourself why you’re staying in the relationship, according to counsellor Toni Langford.

“People will say they can’t leave because they like the lifestyle they have or they have kids, but the real reason is a fear of change,” says Langford. “Kids are much better off with two happy households with consistent rules rather than one desperately unhappy one.”

She doesn’t recommend confiding in a friend, either – you’ll be revealing information about your partner your friend “can never un-know”. “It’s best to journal your thoughts and if you’re still having trouble working it out to see a professional.”

Auerbach agrees that objective, outside help needs to be a priority. “Generally, by the time I see couples, the person who instigated the counselling has been feeling that way for many years,” he says. “The other person might be willing to do anything to make it right, but sometimes it’s too late. Their partner has disconnected.”

Counselling can end a relationship – or bring the couple closer. “I have most certainly seen couples turn their relationship around,” says Auerbach. “They go from a state of disconnection to one of harmony.”