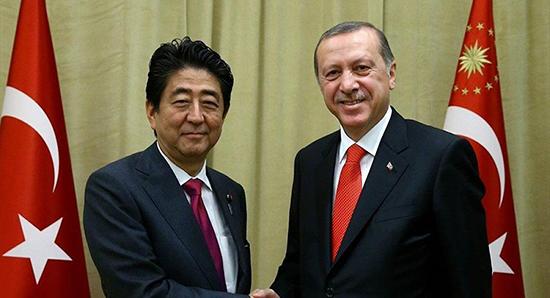 Turkish President Tayyip Erdoğan and Japanese Prime Minister Shinzo Abe discussed speeding up the construction of a nuclear power plant in the Black Sea province of Sinop in a telephone call on June 28, a Turkish presidential source said.

Dependent on imports for its energy needs, Turkey currently has projects for two nuclear plants, which are expected to both cost $20 billion, according to the Turkish Energy Ministry’s website.

The project has been beset by delays since Rosatom was awarded the contract, but in April this year, Erdoğan and Russian President Vladimir Putin marked the start of construction during Putin’s visit to Ankara.

Putin said the plant was set to come online in 2023.

For the planned Sinop nuclear plant, the contract was awarded in 2013 to a consortium of Japan’s Mitsubishi Heavy Industries 7011.T, Itochu Corp. and France’s GDF Suez. It is planned to have four reactors with a total capacity of 4,480 MW, according to Turkey’s Energy Ministry.

The consortium originally had said the reactor would be ready by 2023.