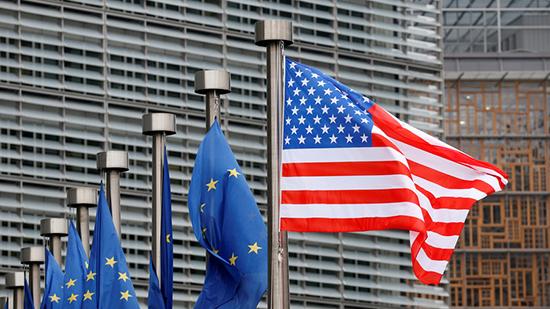 Trading with the EU is almost as bad and unfair as trading with China, President Trump told Fox News, noting how Washington pays a fortune “protecting” its little European partners, and they reciprocate by doing “terrible” things.

“The European Union is possibly as bad as China, just smaller,” Donald Trump said in an interview with Fox News. “It’s terrible what they do to us.”

“I can say it better in a different way. They made, last year, $151bn in trade surplus. We had a deficit with the EU. On top of that, we spend a fortune on NATO to protect them,” he added.

Last year the US had a $101 billion trade deficit with the European Union. In comparison, the trade gap with China last year totaled $336 billion.

The US president’s ‘America First’ policy, characterized by increasingly protectionist trade measures, has seen Trump impose harsh tariffs on steel and aluminum imported from the European Union, as well as other nations, including China and Canada. The move deeply offended and angered US allies, who failed to negotiate exemptions and had to resort to tit-for-tat retaliatory measures.

After the EU introduced duties on US goods worth €2.8bn, targeting products such as motorcycles, whiskey and orange juice, Trump reiterated his readiness to target the European automotive sector in the next round of the trade war.

“Take a look at the car situation, they send their Mercedes in, we can’t send our cars in. Look what they do to our farmers? They don’t want our farm products,” Trump told Fox. “In all fairness, they have their farmers, so they want to protect their farmers. But we don’t protect ours and they protect theirs.”

At the same time, the billionaire claimed that he deeply loves the EU, trying to trick the host Maria Bartiromo into believing that both of his parents came from the Old World. To be fair, Trump’s mother did come from Scotland, while his dad was born in the Big Apple, where the president grew up. In the same breath, Trump inadvertently assumed that Scotland was a separate entity within the 28 nation EU block, independent of the UK which is currently in the process of divorcing itself from Brussels.

“I was there many, many years ago, meaning my parents were born in the European Union, I love these countries; Germany, Scotland, they are still in there right?” Trump asked. “They are hanging in there, we’ll see what happens after Brexit – but they treat us very badly, they treat us very unfairly.”