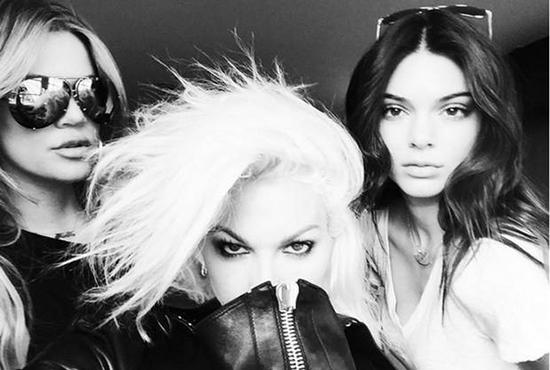 The Kardashian-Jenners are cleaning house.

Television’s most famous family can make or break careers and when they make them, life is good. For their long-time hairstylist Jen Atkin, she now counts clients like Chrissy Teigen and Bella Hadid as fans and has a successful hair product range; the same goes for Irish hairdresser Andrew Fitzsimons and makeup artist Mario Dedivanovic and Ariel Ariel Tejada.

But the same can’t be said for Joyce Bonelli, who, after more than 10 years of working with the family, has been told her services are no longer required. It’s reported that Bonellie was let go last year and everyone in the family has unfollowed her on social media. According to People, she “tried to go around them on a deal so the Kardashians wouldn’t make money off of it” before they allegedly learned about it and cut ties.

Bonelli reportedly would fly out during a big family event to avoid “so people wouldn’t catch on” that she was no longer working with the family and she has been busy sharing pictures of them on Instagram for birthdays or other big occasions, which hasn’t prompted a response from any of them.

“After Kim and her parted ways, she would upload pictures of Kim and call Kim her ‘twin.’ Joyce also claims she came up with the tagline for Kanye’s hit ‘that s*** cray,’ which is a lie. The Kardashians were just over her lies and the trying to cheat them out of money was the cherry on top,” according to the magazine.

In 2016, when she was working as a brand ambassador for Irish tanning company Cocoa Brown, Joyce told Independent.ie Style that she always loved working with the family and had nothing but respect for matriarch Kris Jenner, whom she was working with before they were household names.

Last year, in an interview with the Hollywood Reporter, she said she was so close with her clients that she referred to them as “sisters”.