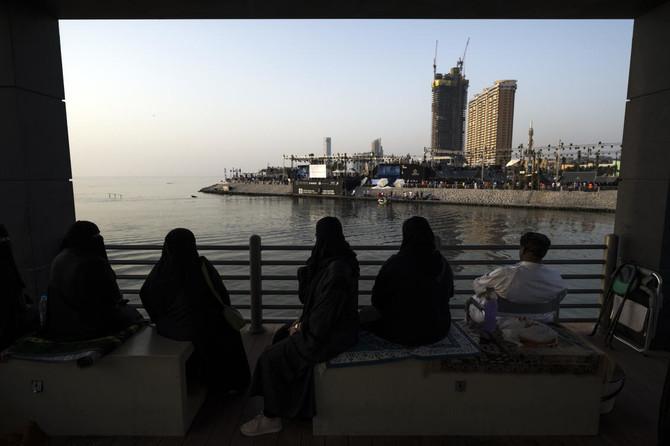 DUBAI: The Saudi Arabian economy bounced back into growth mode in the first quarter of this year, according to National Accounts figures from the General Authority for Statistics.

in the three months to the end of March, compared with the same period last year. This improvement follows four consecutive quarters of falling GDP, or recession, the Authority said.

The recovery came as a result of the accelerated growth both in the oil and non-oil sectors. The oil sector grew by 0.6 percent in the first quarter of 2018, as global oil prices continued to recover from the declines that began four years ago. The comparable figure in 2017 was a decline of 4.3 percent in oil GDP.

The non-oil sector, which has been the focus of policymaker’s initiatives at stimulus and expansionary budgeting, grew by 1.6 percent in the first quarter of 2018 compared to 1.3 percent in 2017.

“The main drivers behind the recovery was growth in the non-oil manufacturing and mining sectors by 4.6 percent and 6.3 percent, respectively. Moreover, pursuant to Vision 2030, these sectors are expected to lead the Kingdom’s future economic growth,” the Authority said.

“The growth in both sectors is expected to continue rising due to listing the Saudi stock market in the MSCI as well as implementation of financial sector program initiatives,” the Authority added.

The Tadawul All Share Index ended the day 0.31 percent ahead at 8339.86 points, near its high for the year. Brent crude, the other crucial indicator for the Kingdom, is just short of $80 a barrel.

Activity in the construction sector continued to decline, but at a slower pace than last year — 2.4 percent compared to 3.5 percent, reflecting the completion of several major projects.

The retail and hospitality sectors contracted by 0.5 percent in the first quarter, compared to a growth by 1.4 percent in the final quarter in 2017. “This is expected behavior which came as a result of more rationalized spending for households due to implementation of value added tax,” the Authority said.

Monica Malik, chef economist at Abu Dhabi Commercial Bank, told Reuters: “To some degree we’re likely to return to Saudi Arabia’s old model of growth this year, with rising oil exports feeding through into the rest of the economy. Structural reforms to create other sources of growth may have an impact in coming years, but don’t look like they will be in time to have an effect this year.”