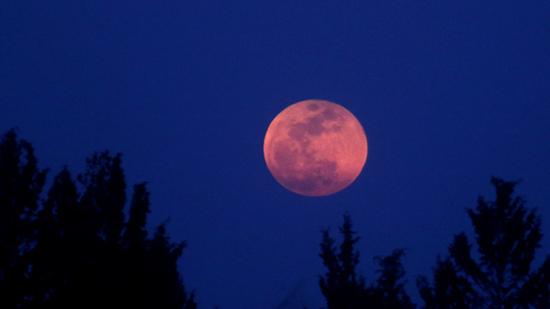 Lunar lovers, rejoice. The longest lunar eclipse of the 21st century is taking place this month, and will briefly turn the Moon an eerie shade of red.

NASA explains the entire event will go on for about four hours, while the ‘blood moon’ phenomenon itself will be visible for an hour and 43 minutes at its peak.

A blood moon takes place when Earth blocks the light of the sun from the moon. Some light does get around our planet’s atmosphere, lending the moon a reddish-brown hue. The air around Earth scatters more of the short-wave light, like green and blue, than the longer wavelength light, which is on the red end of the spectrum.

Not everyone will be able to see the long-lasting lunar spectacle, however. While people in Africa, Asia, Australia, Europe, New Zealand and South America will be able to enjoy the eclipse, those in North America won’t be so lucky. On the bright side, the lunar eclipse doesn’t take place for a few weeks, on July 27, so there’s enough time to book a flight to check it out