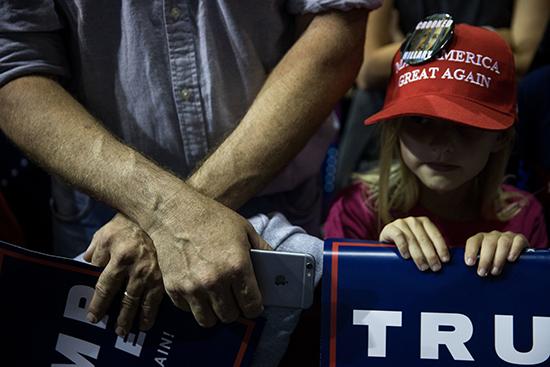 Mr. Schmitz is a senior editor at First Things.

In the months leading up to Donald Trump’s election, I noticed a divide in how my acquaintances spoke about his family values — or lack thereof.

People I knew from college or had met in New York expressed distaste for Mr. Trump’s behavior. If they were religiously conservative, they stressed his infidelity while also objecting to his insults of women. If they were liberal, they objected to his treatment of women and viewed his infidelity as a sign that his religious supporters were hypocrites. Not a single peer of mine in New York — no matter how conservative or religious — publicly supported Mr. Trump.

In contrast, almost all of the people I know in my hometown in Nebraska proudly supported him. They glossed over his infidelities and stressed that he seemed to be a good father. They were impressed by his “respectful” sons and admired the success of his daughters.

The people I know in Nebraska have the same moral views as my religious acquaintances in New York, yet they had a totally different view of Mr. Trump as a standard-bearer for family values. What made the difference? In a word, class.

In their book “Red Families v. Blue Families,” Naomi Cahn and June Carbone popularized the idea of “blue” and “red” family models. Blue families prize equality and companionship between spouses while putting a low value on childbearing. Red families tend to be inegalitarian or complementarian, viewing the man as the primary breadwinner and the mother as the primary caregiver. Early marriage and multiple children are typical.

Red families tend toward conservatism, and blue tend toward progressivism, but the models share an upper-class stress on respectability and a strong taboo against out-of-wedlock birth.

A third model can be found among working-class whites, blacks and Hispanics — let’s call it purple. In these families, bonds between mothers and children are prized above those between couples. Unstable relationships are the norm, and fathers quickly end up out of the picture.

Pentecostal and prosperity gospel preachers, whose denominations have the lowest average income and educational attainment in the country, were more likely to support Mr. Trump. Just as a Catholic priest at a wealthy parish would be accustomed to overlooking his parishioners’ discreet reliance on contraception (a respectable practice his Church condemns as immoral), these religious leaders were used to saying that people with messy lives now could make good.

Compare members of Mr. Trump’s Evangelical Advisory Board to attendees at a recent conference of Trump skeptics at Wheaton College, the elite Evangelical institution. Mr. Trump’s board is overwhelmingly drawn from the Southern Baptist Convention and various Pentecostal and prosperity gospel churches. Figures at the Wheaton conference were more likely to be from Presbyterian churches, or conservative offshoots of the Episcopal Church.

Baffling as it may be to elites, Mr. Trump embodies a real if imperfect model of family values. People familiar with the purple family model tend to view his alienation from his children’s mother as normal and his closeness to his children as exceptional and admirable. I saw this among my acquaintances in Nebraska. Even those from red families were more likely than my acquaintances in New York to know someone who has had a child out of wedlock or is subject to a restraining order.

Mr. Trump’s purple family values may even explain some of his populist appeal. Global leaders like Emmanuel Macron, Angela Merkel and Jean-Claude Juncker appear to have stable and loving marriages. But their childlessness makes them worse exemplars of family values in the eyes of some non-elites than divorcees who have multiple children — a category that includes Matteo Salvini, the leader of Italy’s far-right League party, and Marine Le Pen, of France’s National Rally party, as well as Donald Trump. Contempt for elite respectability is reflected not only in the respective party platforms, but in the personal lives of these populist leaders.

In her speech to the 1992 Republican Convention, Barbara Bush said, “However you define family, that’s what we mean by family values.” Debates over Mr. Trump show that different ideas of family are not so easily reconciled.

Matthew Schmitz is a senior editor at First Things and a Robert Novak Journalism Fellow.