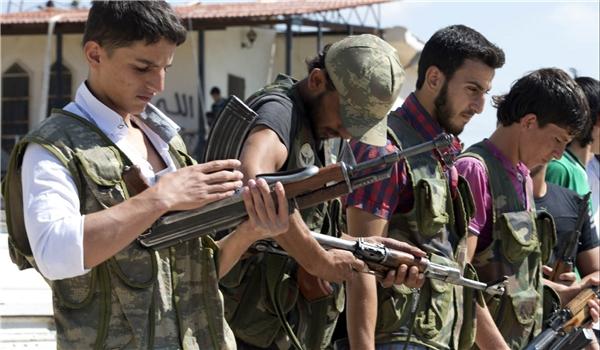 TEHRAN (FNA)- The US has formed a new force to run affairs in the town of Manbij known as the Manbij Local Council that is actually a part of the Kurdish militias allegedly expelled from the town under a Turkish-American agreement in mid-June, a Turkish media outlet claimed on Sunday.

The Turkish-language Yeni Safak daily reported that the US forces that have allegedly expelled Kurdish militias from Manbij have now set up the Manbij Military Council whose members are from former Kurdish militia.

The paper further said that the Manbij Local Council bases were hoisting flags of the Kurdish militias before endorsement of an agreement over Manbij by the US and Turkey, adding that the Council is now using new flags but its policy and nature has not changed.

The daily went on to day that the US forces’ move is a copy of an old scenario exercised in 2015 when the PYD and YPG were born to replace the PKK but with the same militants.

In mid-June, Turkey’s Daily Sabah newspaper reported that a convoy of Turkish forces, supported by the US helicopters, entered Manbij in Northern Syria.

Also, field sources said that the American forces were missioned with patrolling the Southern parts of al-Sajour region which is under the control of the Manbij military council and close to the areas controlled by the Ankara-backed militants, adding that the Turkish forces started patrolling mission in Northern Sajour which has been occupied by Operation Euphrates Shield militants.