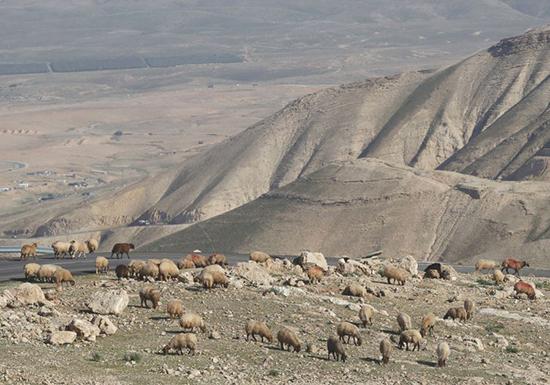 In the past few years, the international community has grown increasingly concerned about Israeli actions, which it holds are tantamount to de-facto annexation.

Israel has taken steps that could lead to the formal annexation of the West Bank, UN legal expert Michael Lynk said in advance of Monday’s United Nations Human Rights Council meeting on the Israeli-Palestinian conflict.

“After years of creeping Israeli de facto annexation of the large swathes of the West Bank through settlement expansion, the creation of closed military zones and other measures, Israel appears to be getting closer to enacting legislation that will formally annex parts of the West Bank,” Lynk said.

His words were posted Friday on the web site of the UN Office of the High Commissioner for Human Rights.

“This would amount to a profound violation of international law, and the impact of ongoing settlement expansion on human rights must not be ignored,” Lynk said.

In the past few years, the international community has grown increasingly concerned about Israeli actions, which it holds are tantamount to de-facto annexation.

This includes actions by right-wing politicians to increasingly apply Israeli law to Area C of the West Bank, including the Settlement Regulation Law, which would retroactively legalize settler homes on private Palestinian land in exchange for monetary compensation.

The High Court of Justice is adjudicating the legality of that law.

Lynk, who is the UN special rapporteur on the situation of human rights in the Palestinian territories, had spent time last week in Amman, Jordan, collecting information for a report he plans to present to the UN General Assembly 73rd session in October. He worked out of Amman because Israel, which argues that he holds a biased mandate, did not allow him entry into the West Bank.

“This is my third mission to the region since I assumed the mandate in May 2016, and the reports I received this week have painted the bleakest picture yet of the human rights situation in the Occupied Palestinian Territory,” he said.

Lynk spoke against Israeli restriction on Palestinian movement in the West Bank, night raids and the lack of building approvals.

The pending demolition of the Palestinian Beduin herding village of Khan al-Ahmar in Area C is part of a policy of forced transfer, Lynk warned.

“Its residents are living in a coercive environment that may lead to forcible transfer, not knowing where they may find themselves in the coming months and not knowing if they will be living in a place where they are able to continue their traditional way of life,” he said.

With regard to east Jerusalem, Lynk warned that the Israeli government and the Jerusalem municipality were advancing a plan to strip 120,000 Palestinians of residency rights.

His upcoming report takes a broad look at Israeli actions against Palestinians and covers much of the same ground that is likely to be raised on Monday at the Agenda Item 7 debate in Geneva as the UNHRC enters the last week of its 38th session.

The US withdrew from the UNHRC last month, in part to protest its anti-Israel bias. It gave up its seat as one of the UNHRC’s 47 members and since then has not attended a session. Israel is similarly boycotting the UNHRC 38th session. Neither country is expected to be in the room during Monday’s Agenda Item 7 debate.

The UNHRC is mandated to debate Israeli alleged human rights abuses at every session under Agenda Item 7. No other country is singled out in this way.