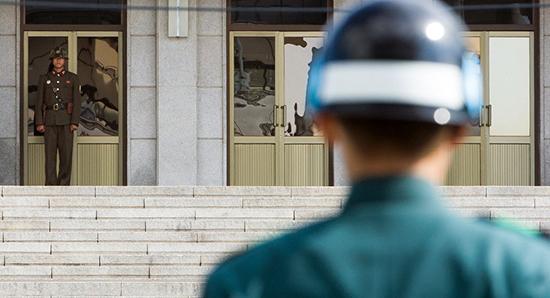 WASHINGTON (Sputnik) – A team of US officials held a meeting with North Korean officials at the Panmunjom border village in the demilitarized zone, according to media reports.

The US team in the first face-to-face US-North Korean talks since the meeting between US President Donald Trump and North Korean leader Kim Jong-un was headed by US Ambassador to the Philippines Sung Kim, the CNN broadcaster reported citing unnamed US State Department officials.

The talks were reportedly aimed at implementation of the agreements reached during the Trump-Kim summit.

Earlier this week, a number of US media reported that North Korea continued work in secret nuclear facilities. The NBC News broadcaster said that Pyongyang was working on production of fuel for nuclear missiles, while days later The Washington Post newspaper reported that the US Defense Intelligence Agency reportedly believed that DPRK was looking for the ways to conceal a number of nuclear warheads, missiles and facilities.

On June 12, Trump and Kim held a historic summit in Singapore and committed the United States and North Korea to establishing new bilateral relations and building a lasting peace on the Korean Peninsula. Trump also agreed to halt US-South Korean military exercises near the Korean Peninsula and to provide security guarantees to Pyongyang, while Kim reiterated his country’s commitment to denuclearization.