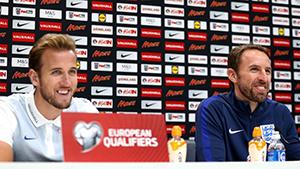 World Cup 2018: What would happen if England actually won the World Cup?

Following Spain’s shock elimination, no previous winners now stand between England and the World Cup final. So could football really be coming home?

The two most recent champions, Germany and Spain, were both expected to lie in wait for England in Russia but they have been knocked out, leaving Gareth Southgate’s team as the second highest-ranked side in their half of the draw, behind sixth-placed Switzerland.

The upsets mean one of England, Colombia, Sweden, Switzerland, Croatia or Russia will definitely be in the Moscow final on 15 July.

Not that anybody is getting too carried away – this is England, of course, and a record of two World Cup knockout stage wins since 1990 makes for grim reading.

Do England really have an ‘easy’ route to the final?

They have never beaten a top-tier side in a World Cup knockout game – 1966 glory aside – and the only elimination games England have won since their 1990 run to the semi-finals have been against Ecuador in 2006 and Denmark in 2002.

But this time could be a very different story.

England are the sole team in their half of the draw to have won the World Cup and only Sweden, in 1958, have ever reached the final.

Last-16 opponents Colombia have only been to the quarter-finals once, in 2014.

The winners of that tie will face Sweden, whose last semi-final was in 1994, or Switzerland – who have never been beyond the last eight.

The semi-final will be between one of those sides and 1998 semi-finalists Croatia or hosts Russia – who had never been past the group stages since the break up of the Soviet Union in 1991.

On the other hand, Colombia have James Rodriguez and Radamel Falcao, Croatia have Luka Modric and Ivan Rakitic and Russia have partisan home support. Sweden finished above Germany in their group and Switzerland drew with Brazil.

Oh, and this is England.

Have finalists ever had a more favourable draw?

You would have to go back to 2002 to find the last time any team reached the final without facing any of football’s superpowers in the knockout stages. Germany got through to that final by beating Paraguay, the United States and co-hosts South Korea.

Brazil’s run to that final – which they won – was also relatively straightforward – beating Belgium, England and Turkey.

Only one of the six World Cup finalists since then have got to the final without beating either Brazil or Germany on the way. And even then Argentina, in 2014, had to beat the 2010 finalists, the Netherlands, in the semis.

We’re not saying England will win it…

Well not yet, anyway.

Yes, none of the past three winners are left – Italy didn’t qualify, Germany went out in the groups and Spain lost to Russia in the last 16. Yes, the world’s two best players are out, and yes, only one South American team has ever won the World Cup in Europe, but…

Even if England reached the final, it’s likely they would face one of the world’s top sides there.

The three remaining favourites are in the other half of the draw. France’s squad will contain three of the five most expensive players of all time, once Kylian Mbappe’s transfer from Monaco to Paris St-Germain goes through, Brazil are five-time world champions and Belgium are full of Premier League stars.

Then there is two-time champions Uruguay, who are hard to beat and did not concede a goal in the group stage, and Mexico, who beat 2014 champions Germany.

It might be worth reminding ourselves that Southgate’s side have only actually beaten Tunisia and Panama so far in Russia.

Oh, and did we mention England have only won two knockout games since 1990?