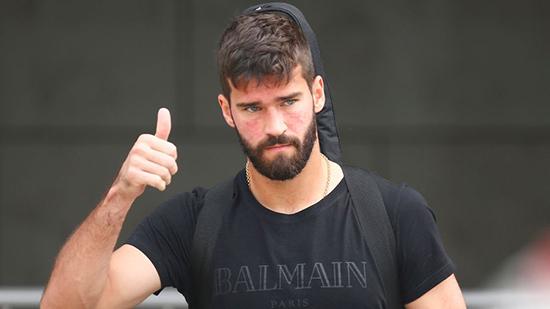 Liverpool have completed the signing of Alisson Becker for a fee of €75m (£67m), subject to the Roma goalkeeper passing a medical, according to Sky in Italy.

The 25-year-old is to depart Rome on Wednesday and will undergo a medical with the Reds in the next few days.

Sky in Italy understands the Brazil international has already agreed personal terms and will sign a five-year deal at Anfield.

Alisson is set to become the most expensive goalkeeper in history, with Liverpool surpassing the £34.7m fee Manchester City paid for Ederson in 2017.

The Brazil international, who featured at the World Cup in Russia earlier this summer, made 49 appearances for Roma last season.

He was part of the side that suffered a 7-6 aggregate defeat to Liverpool in the semi-finals of the Champions League.