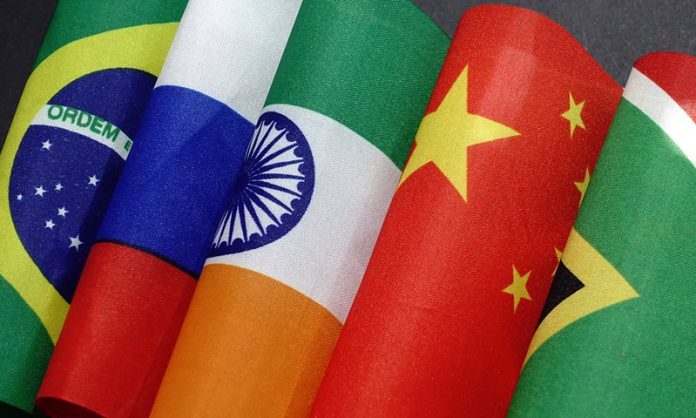 The 10th BRICS Summit will be held in Johannesburg, South Africa next week, and Chinese experts say the summit will focus more on uniting members and deepening their industrial cooperation amid the common threats of protectionism and unilateralism.

President Xi Jinping will attend the summit, which will be held from July 25 to 27, the Xinhua News Agency reported.

Xi’s attendance is an important diplomatic move by China toward emerging markets and developing countries, Chinese Assistant Foreign Minister Zhang Jun said at a press briefing on Friday, according to China’s Foreign Ministry.

Chen Fengying, a research fellow at the China Institutes of Contemporary International Relations, said “this year’s summit comes at a crucial time when many emerging economies are facing pressure and challenges from US unilateralism and protectionism.”

The international situation this year is totally different, and the BRICS summit is likely to reach an agreement to be more united on efforts to resist the common threat, Chen told the Global Times on Tuesday.

“During the summit, the leaders of the five countries will discuss the prominent challenges facing the current international situation and exchange in-depth views to enhance strategic mutual trust and strengthen coordination and cooperation in international affairs,” Zhang said.

China’s role in promoting and leading BRICS cooperation has been fully affirmed by relevant parties, and the summit meeting will publish the Johannesburg Declaration of the BRICS Leaders, he noted.

Zhang said China’s expectations for the meeting include strengthening the solidarity and cooperation of BRICS and deepening their strategic partnership.

He also said it is important to grasp the opportunities of the new industrial revolution, enrich pragmatic cooperation, safeguard multilateralism, and improve the global governance system and promote the stability of BRICS cooperation.

Xi will attend a series of multilateral activities including the BRICS Business Forum, leaders’ small-scale and large-scale meetings and an informal meeting to commemorate the 10th anniversary of the establishment  of BRICS.

He will also hold bilateral meetings with leaders of other countries to exchange views on such issues as the current international situation, BRICS cooperation, important international and regional issues of common concern, Xinhua reported.

The 10th BRICS Summit will be held with the theme “BRICS in Africa: Collaboration for Inclusive Growth and Shared Prosperity in the 4th Industrial Revolution,” according to the summit’s website, brics2018.org.za.

“Although these five emerging economies have achieved goals in economic development, not all of them have a mature national industrial system or high productivity. So industrial cooperation is significant and essential if they want to win in the next industrial revolution,” Chen said.

BRICS cannot become an anti-West alliance, Chen noted. “Although they need to face the impact of US unilateralism together, they will not totally cut off reliance on the West. BRICS is a platform for cooperation between emerging economies rather than a bloc against Western countries.”

Among the five BRICS countries, apart from China, India as another fast-developing country is also receiving pressure from the trade conflict with the US. CNBC reported that India did not receive an exemption from US tariffs on aluminum and steel imports, prompting Prime Minister Narendra Modi’s government to respond with tariffs on roughly $240 million in US goods in late June.

The China-India relationship has largely improved this year, and this would be the first meeting between Chinese and Indian leaders after the two countries became entangled in trade conflicts with the US. The two leaders will share their common concerns and reach an agreement to safeguard the interests of developing countries, said Hu Zhiyong, a research fellow at the Institute of International Relations of the Shanghai Academy of Social Sciences.