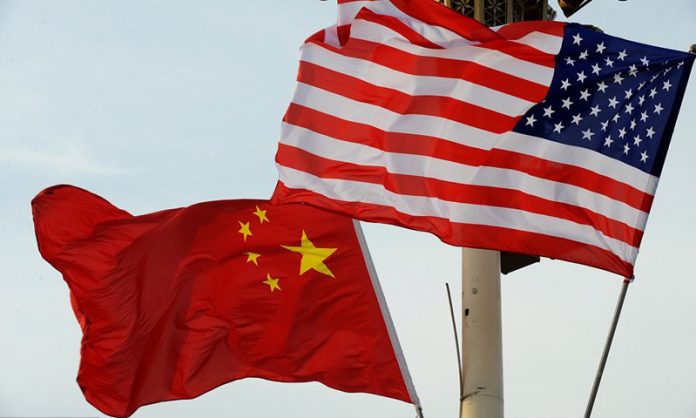 China on Tuesday refuted U.S. accusations that it has violated WTO rules, saying it would continue to abide by them, and calling on the United States to respect and obey WTO rules.

“China has always fulfilled its obligations, kept its promises and made significant contributions to the world economy by paying great efforts and costs since it joined the WTO 17 years ago,” Foreign Ministry spokesperson Hua Chunying told a routine press briefing.

Hua said that since 2002, China’s annual average contribution to world economic growth had been close to 30 percent.

“If China hadn’t abided by WTO rules, why would it have chosen to join the WTO?” she said.

The Chinese government decided to join the organization because it firmly believes integration into economic globalization is in line with the historical trend and that promoting free, open trade leads to mutually beneficial and win-win results, according to the spokesperson.

“If China hadn’t abided by WTO rules, why would it have fulfilled the obligations of joining the organization?” she asked.

Hua pointed out that China had recently released a white paper, “China and the World Trade Organization.”

“Speaking with facts and figures, the paper clearly shows that China has fully fulfilled its commitments in terms of tax reductions on goods, opening of trade in services, and non-tariff measures including import quotas,” she said.

“If China hadn’t abided by WTO rules, why would it have always safeguarded the core values and basic principles of the WTO?” she continued.

China firmly believes that the authority and effectiveness of the multilateral trading system can be protected only by adhering to the international rules in the spirit of contract, Hua said.

China’s efforts in abiding by the WTO rules and fulfilling its commitments have gained worldwide recognition.

According to Hua, the United States has consecutively released 16 reports on China’s fulfillment of its commitments to the WTO, none of which have suggested any violation of rules except for one released this year.

“The United States not only puts its own interests above global interests, but also places its domestic rules on top of international rules,” she said. “None of the countries within the WTO support the United States’ unilateral actions.”

“China will continue to abide by WTO rules. We hope the United States respects and obeys WTO rules with practical actions, and safeguards the multilateral trading system with the WTO as its core,” Hua said.