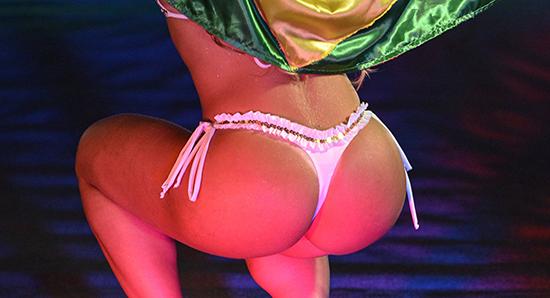 A plastic surgeon with celebrity status in Brazil is on the run after a patient died hours after he injected her buttocks to make them bigger.

It’s thought Lilian Calixto had booked to receive PMMA acrylic fillers to increase the size of her behind and a hormone injections used to treat symptoms of the menopause.

But hours after being injected Calixto started gasping for air and Furtado took her to hospital where she was reported to be in an “extremely severe condition and unresponsive to manoeuvres,” she died in the early hours of the morning.

A source is reported in the press saying the celebrity surgeon injected the fillers into an artery by mistake which led to the formation of a clot which would have ruptured in her heart.

Furtado is now considered a fugitive of justice.

Two patients die for every 100,000 cosmetic surgery procedures, according to plastic surgery deaths statistics published in the Plastic and Reconstructive surgery journal.

The most common cause of death among cosmetic surgery patients are pulmonary embolisms when the flow of oxygen to the lungs is blocked by a blood clot.

Fat embolism can also arise in surgeries including the so-called “Brazilian Butt Lift’ or Breast augmentation when lumps of silicone cause complications.

Around 8000 people undertake breast augmentation surgery, known as a ‘boob job’ each year in Britain where the cosmetic industry remains unregulated.

A report published by Nuffield Council of Bioethics Cosmetic procedures: ethical issues, highlights concerns for the practice and promotion of cosmetic surgery in the UK, especially when children are targeted.

Jeanette Edwards, professor of social anthropology at University of Manchester and chair of the council’s inquiry said: “We’ve been shocked by some of the evidence we’ve seen, including make-over apps and cosmetic surgery ‘games’ that target girls as young as nine.”

“There is daily bombardment from advertizing and through social media channels like Facebook, Instagram and Snapchat that relentlessly promote unrealistic and often discriminatory message on how people, especially girls and women, should ‘look’, Professor Edwards said in a statement.