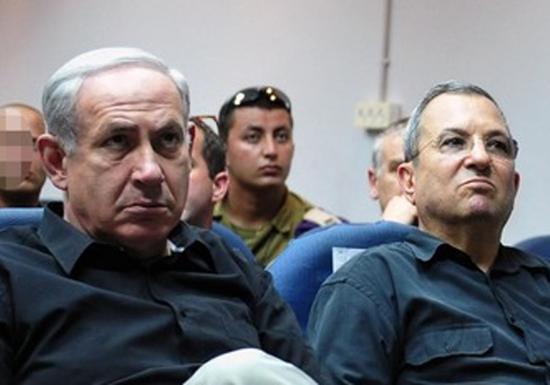 “Netanyahu and the extremists who are leading him by his nose have a dangerous and delusional vision that is strongly connected to messianism,”

Former prime minister Ehud Barak launched a fierce attack on Prime Minister Benjamin Netanyahu in a speech in Tel Aviv on Tuesday, saying he must be stopped “in every possible way.”

In his half-hour address at the Eretz Israel Museum, Barak complained about steps Netanyahu and his political allies had taken against the legal establishment, which he said was being “castrated” in order to enable Netanyahu to avoid prosecution.

He also warned that by not advancing a diplomatic process with the Palestinians, Netanyahu would lead Israel to have a Muslim majority and to no longer be a Jewish state.

“Netanyahu and the extremists who are leading him by his nose have a dangerous and delusional vision that is strongly connected to messianism,” Barak warned.

When asked if he intends to return to politics, Barak, 76, told the crowd that he was too old. But he said that in order to bring down Netanyahu, he would be willing to be 20th or 120th on a party’s list.

“I am not 26 or even 56, and I don’t want to promote myself,” he said. “In politics, you can never predict what will happen. But I prefer not to return to political life and to help those who do to join forces.”

The Likud responded that Barak was “the biggest failure in the history of Israel” and that Netanyahu’s party would not help Barak’s effort to seek headlines.