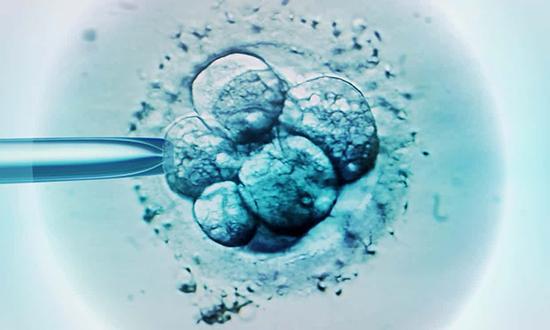 Genome editing for human embryos is an unnecessary threat to society. Why has the Nuffield Council of Bioethics endorsed it?

The Nuffield Council on Bioethics has taken what it clearly regards as a brave new step: it has openly endorsed the use of genome editing to engineer the traits of future children and generations. The council’s report, Genome editing and human reproduction: social and ethical issues, asserts that such a move could be “morally permissible” under certain circumstances. In effect, it argues that the creation of genetically modified human beings should proceed after a few bioethics-lite boxes are checked off.

The report’s conclusion flies in the face of a widespread global agreement that heritable genetic modification should remain off-limits, a commitment reflected in the laws of many nations, a binding European treaty, several international declarations, and numerous public opinion surveys.

Unfortunately, a number of scientists and bioethicists, especially in the United States, have recently reached conclusions similar to the Nuffield council’s. But their reasoning has been quite different. Until now, proponents of heritable genetic modification have typically argued that if it is shown to be safe, it should be allowed only as a medical matter, only to prevent the births of children with serious genetic diseases, only if no alternatives are available, and certainly not for enhancement or cosmetic purposes.

The council’s report has now dispensed with those fig leaves. Its clarity about why it supports heritable genetic modification, and what’s at stake, may be its most important – though unintended – contribution to the controversy.

The report recognises that heritable genetic modification cannot be understood as medicine: there is no sick person in need of treatment or cure. It doesn’t try to justify heritable genetic modification as a way of preventing the transmission of serious genetic disease, it acknowledges that this can be accomplished with existing reproductive procedures such as the embryo screening technique known as pre-implantation genetic diagnosis.

These points are usually raised as part of the case that existing prohibitions on heritable genetic modification should be maintained and strengthened. After all, if the medical justification is tenuous at best, and if the technology isn’t needed to allow carriers of seriously deleterious genetic variants to have genetically related and unaffected children, why would anyone consider an irreversible experiment in manipulating embryonic genes?

Then there is the societal perspective typically emphasised by opponents of heritable genetic modification: the deep concern that trying to define and enforce limits wouldn’t work; that the line between “therapy” and “enhancement” is too blurry and subjective to enact as policy; that we would soon find ourselves in a world in which parents pursued projects to improve their children at the one-cell stage. The Nuffield report admits that the classic distinction between “therapeutic” and “enhancement” uses of heritable genetic modification cannot be expected to hold, and it foresees that the technology could be harnessed to create “supersenses or superabilities” for genetically engineered offspring, and to satisfy parents’ “preferences” for children with “certain characteristics”.

Again, it seems strange for supporters of heritable genetic modification to raise the prospect of a world in which the affluent purchase genetic upgrades for their children, and to acknowledge that if widely adopted, this powerful technology could “produce or exacerbate social division, or marginalise or disadvantage groups in society”. In fact, avoiding that eventuality is one of two principles offered as a guide to the ethical use of heritable genome editing interventions.

This makes it all the more striking that the report, several years in the making and almost 200 pages long, barely considers the social, commercial and competitive dynamics that would powerfully promote such an outcome, or how they could be mitigated. Though it substantively addresses discrimination against people with disabilities, it has almost nothing to say about vulnerabilities to injustice due to racism, sexism, socioeconomic status and other forms of inequality. Instead, it pleads that it is “beyond the scope of this report to reflect the range of futures that contain the various possible genomic technologies (or none)”.

The bottom line is all too clear. Sadly, the Nuffield Council on Bioethics has given its blessing to an unneeded and societally dangerous biotechnology, one that could be leveraged by privileged elites seeking purported genetic improvements to ensure that their children are treated as superior to the rest of us. Haven’t we been down the path of biologically defined hierarchies before? In a world plagued with obscene inequalities, in a time of resurgent racism, is this the road we want to travel?

There is still time to turn back. We can refuse to allow inequalities to be inscribed in our genomes. We can forgo a future in which class divisions harden into genetic castes. We can instead affirm the widespread rejection of heritable genetic modification, and reclaim biotechnology as an instrument for fostering solidarity and serving the common good.