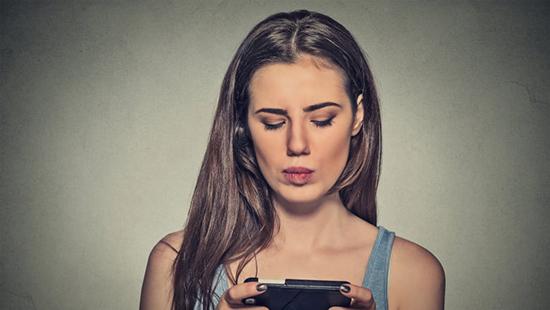 “I’m so traumatised,” my friend told me. “I’ve been through so much these past few years. I tense up just thinking about going back. I can’t face doing it again.”

My friend is struggling, and I empathise completely. It isn’t work that’s the problem, or an illness, or family issues. The problem is dating. She’s had a really rough time. And although I’m not a psychologist, I diagnosed her immediately.

It’s tough out there on the dating scene, whether you’re in your twenties and looking for love, in your thirties and looking to start a family, or in midlife, when you’re newly separated or divorced. The online world has facilitated some terrible behaviour, and few of us make it from dating app to relationship without some pretty bad burns.

We’ve been fooled by liars, who misrepresent themselves online and in person. We’ve been ghosted by cowards, who vanished after a meeting or three. We’ve been therapists to hot messes, who are dating whilst pining for their exes. And we’ve been heartbroken by players who are charming and seductive but treat your heart like a toy.

There are wonderful experiences to be had in dating, but the bruises and betrayals can be seriously crushing. And when you’re an open-hearted, vulnerable person, the hurts can take their toll.

I have spoken to many women who have sworn off dating, after one too many bad dates and disappointments. And it may not be a recognised psychiatric disorder, but I’m pretty sure that bracing for the next romantic blow constitutes a dose of PDSD.

Elisabeth Shaw is CEO of Relationships Australia, NSW, and a clinical psychologist. Though she had not (yet) diagnosed PDSD herself, she tells me she has worked with many people who have “battle fatigue” from dating. Some have had awful experiences, whilst others are just worn down.

“People can have so many dates that they feel fatigued, overwhelmed and demoralised,” she explained. “The whole cycle of anticipation hope and disappointment when a date turns out to be lacklustre is in itself quite fatiguing.”

And this is the intrinsic problem of dating. It’s vital to have hope, otherwise there is simply no point trying. And to have hope, you need to be vulnerable enough to allow for the possibility of a new connection. But how do you keep yourself vulnerable and hopeful, whilst protecting yourself from hurt and disillusionment? How do you maintain your optimism after a string of disappointments? How do you stay buoyant and ward off PDSD?

According to Shaw, the key is self-reflection.

“After any relationship it’s important to take time to process what happened,” she tells me. “Spend time trying to come to terms with a theory about what occurred that you can live with, and then lay the experience to rest and move on.”

It’s very tempting after traumatic dating experiences to jump to a simplistic conclusion. It can be easy to blame ourselves, and decide we are just not good at relationships. “I have no luck at dating”, we say, or “men don’t like me” or “there’s something really wrong with me”.

It is equally tempting to lay the blame squarely on others. “All men are bastards,” we tell ourselves and our girlfriends. “There are no good men out there. There’s no point even trying.”

Shaw recommends daters avoid falling into this trap, and instead make an effort to assess what really happened. Ask yourself the hard questions. Were you genuinely ready for a relationship, or did you just think you were? Did you take your time and get to know the person in question, or rush in without thinking? Were there warning signs you missed, or was it a blindsider that no-one could have picked up?

It’s vital to debrief about your experiences with friends who understand the dating landscape, and who won’t judge you, or offer platitudes. Being told that you’re “too choosy”, or that you have a bad attitude, or that “it will happen when it happens!” can intensify the feelings of hopelessness. You need to reframe your experiences in ways that empower, rather than diminish you. Sometimes, you could have done something differently. Sometimes, you just have a run of bad luck.

Either way, you need to be okay within yourself before you get back into dating. The apps and sites and single people will still be there when you’re ready. Take some time to regroup, to reconnect with friends, and to find fulfilment in other areas. The best time to date is when you feel a relationship will enhance your life, rather than fix it.

And when you are back on the dating scene, be kind to other people. Everyone is out there with their little hearts on display, and we all need to take a bit of care. You may be lucky enough to get out of dating with no PDSD.

Please don’t inflict it on someone else.