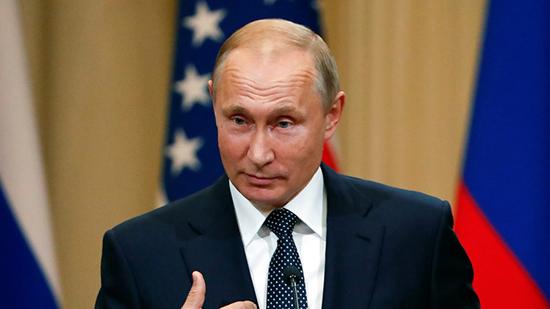 The US mainstream media’s chorus condemnation of US President Donald Trump’s summit with Russian President Vladimir Putin in Helsinki has gone so far that CNN claimed Putin had confessed to meddling in US elections.

“Did you want President Trump to win the election and did you direct any of your officials to help him do that?” Mason asked.

“Yes, I did. Yes, I did. Because he talked about bringing the US-Russia relationship back to normal,” was Putin’s response, as provided by the translator.

Harlow took the repetition to mean agreement on both questions, and she insisted on replaying the clip after Lotter said he wasn’t sure, and that Putin might have been answering just the first part.

While the translator most certainly said that, Putin did not. His full answer, accurately translated from Russian, was, “Yes, I wanted him to win, because he talked about the need to normalize US-Russia relations.”

The Russian president notably did not address Mason’s second question at all. US reporters could have nitpicked that non-answer and used their favorite “he did not deny it” argument – just as they had with Putin’s dismissal of claims that Russia had “dirt” on Trump. Harlow, however, went a step further and argued that Putin actually agreed with Mason and admitted he ordered Russian officials to help Trump win.

Yet just a few minutes earlier, Putin had explained that the Russian public began to have sympathies towards candidate Trump because he spoke of the need to restore US-Russia relations.

“Isn’t it natural to have sympathy towards a man who wants to restore relations with your country? That’s normal,” the Russian president said.

Harlow and CNN weren’t the only ones to misinterpret Putin’s answer. There was also Michael McFaul, a former US ambassador to Russia – as well as many #Resistance activists, eager for proof of Trump’s “collusion” with Moscow in order to explain the 2016 defeat of Hillary Clinton.

Harlow and CNN did come under fire by some viewers, who accused them of trying too hard to twist the words to suit their narrative of “traitor” Trump bowing to his puppet-master Putin.

Real-time translation is arduous work, demanding an extraordinary command of both languages and their nuances, as well as the personal style of the speaker. Even then, remarks can be translated poorly, or accurately but without the necessary context.

A good case in point is Nikita Khrushchev’s famous phrase, “we will bury you.” The Soviet leader delivered it in November 1956 at the Polish Embassy in Moscow as part of a rant about how the USSR and other socialist countries did not care about getting approval from the West.

“Whether you like it or not, history is on our side. We will bury you!” is how Khrushchev’s interpreter, Viktor Sukhodrev, phrased it in English. He couldn’t have explained, as it was not his place, that Khrushchev was referencing the Communist Manifesto, which spoke about capitalism producing “its own grave-diggers” and the inevitability of Communist victory.

Instead, the words were taken as a threat of nuclear annihilation. Hostility between the US and the USSR spiraled out of control as a result, culminating in the October 1962 Cuban missile crisis.