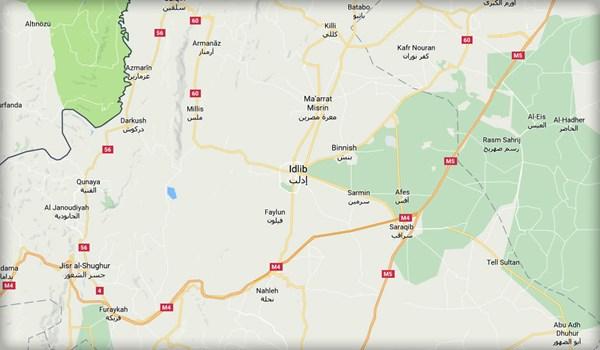 TEHRAN (FNA)- Terrorist groups in Northern Syria claimed on Tuesday that almost 7,000 residents of the Shiite towns of Fua’a and Kafraya in Idlib province will soon be able to leave the besieged towns under a deal with pro-government forces in the region.

The militant-affiliated al-Dorar al-Shamiyeh news website quoted the terrorist groups in the Northeastern countryside of Idlib city as claiming that they have reached an agreement with the pro-government forces in the besieged Shiite towns of Fua’a and Kafraya over evacuation of civilians from the two towns.

The news website further said that a sum of 6,900 civilians are expected to leave Fua’a and Kafraya under the agreement, adding that in return a sum of 1,500 militants held by the government will be freed.

News sources affiliated to dissidents claimed on Sunday that Tahrir al-Sham Hay’at (the Levant Liberation Board or the Al-Nusra Front) and its allies were preparing for an imminent offensive on the Shiite towns of Fua’a and Kafraya in Northeastern countryside of Idlib city.

The sources said that Tahrir al-Sham and its allied militants were prepared for an imminent attack on Fua’a and Kafraya.

The sources said that the terrorists’ attack on Fua’a and Kafraya was aimed at preventing the Syrian Army troops from conducting any operation in Idlib to break the siege on the Shiite towns.

The army is advancing rapidly against terrorists in Dara’a and is expected to purge Southern Syria of terrorists soon.

The Russian Reconciliation Center for Syria had previously warned militants in Dara’a not to go Idlib as the army planned to launch a large-scale military operation to free Idlib in the next stage.