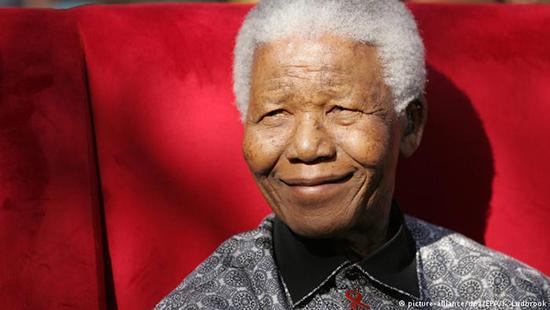 On July 18, Nelson Mandela would have turned 100. He dreamed of a unified and prosperous nation, but the social problems haunting South Africa today have tainted his legacy.

Nelson Mandela was the first black president of post-apartheid South Africa. He was a freedom fighter with an indomitable spirit, who spent 27 years in jail but still reached out his hands in peace to those who had imprisoned him.

Five years after his death in December 2013, Mandela’s legacy is still omnipresent in South Africa. With vigils and national commemoration days, both his foundation and his party, the African National Congress (ANC), have made sure of that.

Yet today’s ANC is deeply divided with declining support and today’s South Africa is in uproar over corruption and nepotism.

“I think Mandela would be very concerned about South Africa in 2018,” said Jakkie Cilliers, the director of the Institute for Security Studies, a South African-based think tank.

During his presidency from 1994 to 1999, Mandela focused on the reconciliation and unity of a society divided by racial hatred. However, he failed to address some of the big problems facing the country, such as the extensive racial and economic inequality that still traps the vast majority of black South Africans in poverty.

The problem of land distribution has also not been solved. Most of the land is still in white hands and the question of how to compensate farmers remains a heated issue.

South Africa is now one of the most unequal countries in the world, according to a 2018 World Bank report. More than half the country still lives below the national poverty line and a small elite controls most of the nation’s wealth.

Mandela can’t be blamed for all of these problems, Cilliers said — at the time, it was too early for more radical change. “Mandela’s main task was to avoid a civil war between black and white, and that he did,” Cilliers said in an interview with DW.

Mandela sends “two powerful lessons to the world,” said Adam Habib, the vice chancellor of Witwatersrand University in Johannesburg, in an interview with DW.

“The first is that he was not a saint. As a political leader, he had some great successes but he had some significant failures.”

According to Habib, Mandela’s “great weakness” was his reliance on a conservative economic agenda that has come to haunt South African 20 years later.

Researcher Jakkie Cilliers says that the nation’s economic woes “festered” under Jacob Zuma, who was South Africa’s president from 2009 until he was forced to step down in February 2018.

“Zuma did a significant amount of harm to South Africa during his presidency,” Cilliers said. “In particular issues around national cohesion have taken a huge knock. South Africa today is divided, it’s unhappy.”

Ramaphosa to the rescue?

Cyril Ramaphosa, who was a close confidant of Mandela’s, has replaced Zuma. Under Mandela, Ramaphosa played a key role in drafting South Africa’s new and liberal constitution. As Mandela prepared to leave office, he hoped Ramaphosa would be his successor, but Thabo Mbeki took that place.

“South Africa now needs to confront some of its demons, and Ramaphosa has got that opportunity and he certainly comes from the Mandela era,” Cilliers said.

“The prospects are positive but it’s going to take several years.”