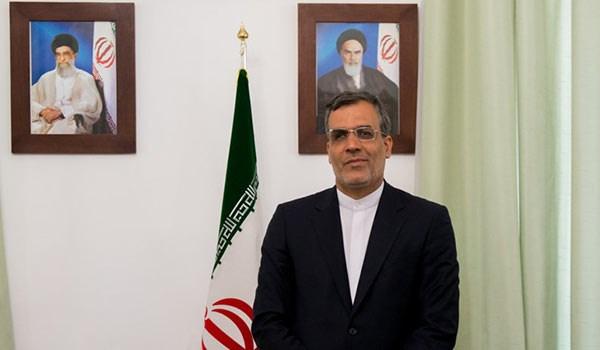 TEHRAN (FNA)- Senior Assistant to Iran’s Foreign Minister for Special Political Affairs Hossein Jaberi Ansari warned that the terrorist groups which are supported by Israel have occupied parts of Syria.

“Syria is facing two types of terrorism; one is the institutionalized state-sponsored terrorism of the Zionist regime that has occupied parts of the Syrian territories,” Jaberi Ansari told reporters in Beirut after a meeting with Lebanese Foreign Minister Gebran Bassil on Tuesday.

“The second type is the extremism,” he added. Jaberi Ansari emphasized that Iran will remain beside the Syrian government and people during the fight on terrorism.

He also underscored that future decision on Iran’s military presence in Syria depends on Damascus-Tehran agreement, adding that Iran plays a military advisory role in Syria upon a request by the Syrian government.

In relevant remarks on Friday, Iranian Supreme Leader’s top aide for international affairs and President Rouhani’s special envoy Ali Akbar Velayati underlined that Tehran and Moscow would keep up providing support for the Syrian government and people in their ongoing fight against the terrorist groups.

“Iran and Russia’s presence in Syria will continue to protect the country against terrorist groups and America’s aggression,” Velayati said.

He reiterated that Iran is coordinating its military presence in Syria with Moscow and Damascus.

Velayati pointed to the “resistance front” as well as Iran and Russia in their campaign against foreign-backed terrorists in Syria, and said, “They will be the winner of the ongoing conflict.”