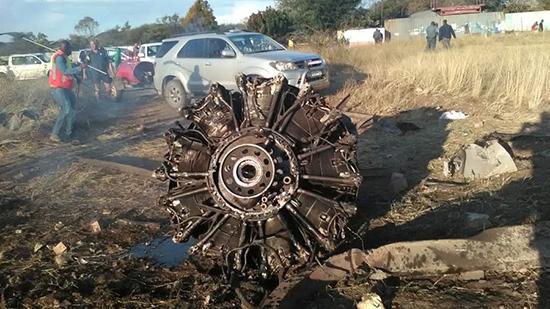 Horrifying footage of what is said to be a recent plane crash outside the South African capital, Pretoria shot from inside the Convair CV-340 plane has been published online by Airlive.

The video shows the Rovos Air local flight passing low over the ground as fire is seen coming from its left wing engine, while a passenger says: “This is getting very bad.” The aircraft then hits the ground, and shortly afterwards, passengers are heard and seen recovering from the impact.

The July 10 crash happened near Wonderboom Airport in Pretoria. One person was reported fatally injured in the incident, while the 19 others survived. The plane was about to become a museum piece.