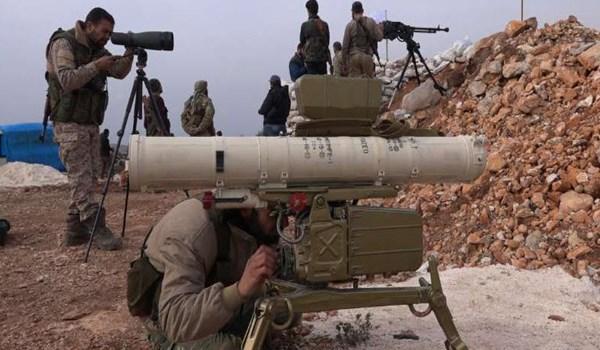 TEHRAN (FNA)- Turkey has been extending financial assistance to the family members of its affiliated militants who have been killed in the battle against Kurds in Afrin region in Northwestern Aleppo and plans to offer them citizenship, militant-affiliated news websites disclosed on Tuesday.

The sources said that the Turkish government has spent a sum of 60,000 Turkish liras for the family members of those Ankara-backed militants killed in clashes with the Kurdish militias in Afrin region.

The sources further said that Ankara plans to pay a monthly sum of USD100 to the families of the militants who have lost their lives in operations against Kurds, adding that Ankara has decided to spread the plan to Azaz in Northern Aleppo as well.

The sources went on to say that the Turkish government is also planning to grant Turkish residency to the wives and children of its allied militants that have been killed in Afrin battle.

The Kurdish-language Hawar news reported last week that the Kurdish militias targeted a convoy of the Turkish troops in the village of Kafr Jenah in Shera region, killing two Turkish soldiers identified as Mohammad Kara and Urhan Damir.

In the meantime, Hawar news said that three Ankara-backed militants were killed in a heavy fighting between the Kurdish militias and Turkey-backed Ahrar al-Sharqiyah in the village of Shadiyeh in Rajou region.

Hawar news further said that a base of Ankara-backed Firqa al-Hamzah in the village of Satiya in Jandaris region came under attack by an unidentified drone.