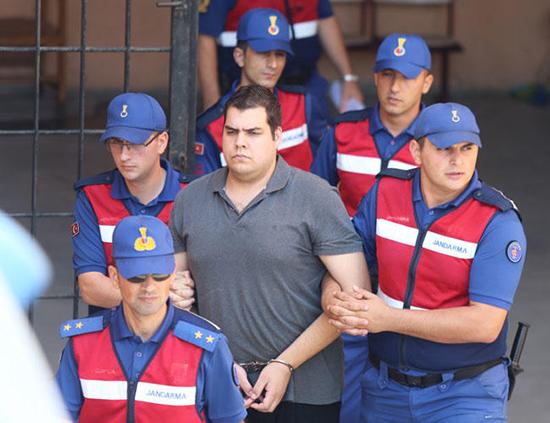 A Turkish court has ruled to keep two Greek soldiers in custody who were detained in Turkey in March.

Greece says the soldiers crossed into Turkey by mistake while following the trail of suspected illegal migrants. Turkish courts have ordered their detention pending trial on suspicion of illegal entry and attempted military espionage.

The court decision comes a few days after Greek Prime Minister Alexis Tsipras and Turkish President Tayyip Erdoğan met in Brussels on the sidelines of a NATO summit and agreed to focus on efforts to reduce tensions in the Aegean.

The Turkish court in Edirne, a northwestern province bordering Greece and Bulgaria where the two soldiers were detained, held its monthly hearing on whether to release the soldiers from custody.

The judge ruled against the soldiers’ request to be freed. The two soldiers have not yet been indicted.

Greece’s Deputy Defense Minister Fotis Kouvelis criticized the court decision and reiterated Athens would not engage in any trade-off to secure the release of the two soldiers.

“They remain in custody for more than four months without having charges pressed against them,” he told the Greek radio Real FM, said Reuters.