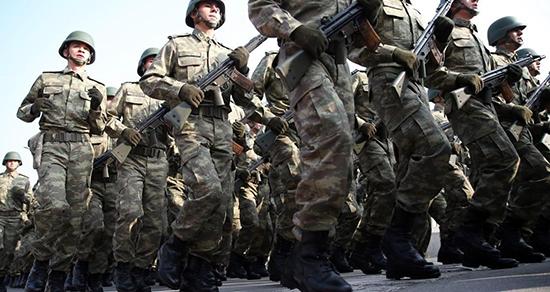 The motion requires to be at least 25 years of age, to pay 15,000 Turkish Liras, and to serve up to 28 days of military service, he said.

Ahead of the June 24 elections, President Recep Tayyip Erdoğan had signaled the government may introduce the option for paid military service exemption once again.

“After the election, we will sit down with the Chief of General Staff and Defense Minister and if they say this is appropriate, if they deem it necessary, then we will pave the way [for such a measure] without delay,” he said earlier.

The government has introduced paid military exemption four times in Turkey where all male citizens between 20 to 41 years of age are required to perform mandatory military service (with some exceptions such as handicapped, mentally ill, or unhealthy people).

Women are only allowed to become officers and may choose the military as a career path by enrolling in military schools and not as conscripts. Men who are 20 years of age but who are continuing their higher education at universities or vocational training programs are allowed to postpone their draft until they have completed these programs.