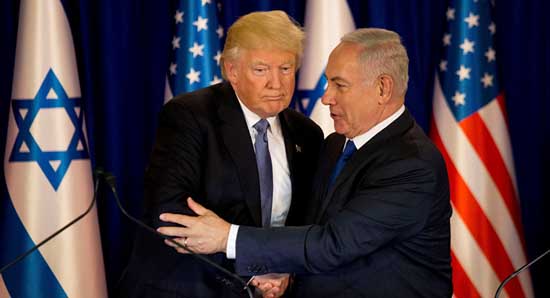 Could any of this impact Israel’s vulnerability to hacking in its own future elections?

US President Donald Trump has angered the US intelligence community by disputing its conclusion that Russia tried to hack the 2016 presidential election, and apparently believing Russian President Vladimir Putin’s denial.

Could any of this impact Israel’s vulnerability to hacking in its own future elections?

The overall answer would be a narrow ‘yes’, with a broader ‘no’.

Yes, it will have an impact, because as long as the US president denies Russia’s hacking of the 2016 elections, global cyber-cooperation on fighting such hacks will be hampered.

Much of the best defense to cyberhacking today consists of massive and high-speed sharing by allied governments and companies of when and how they were hacked, so that collectively allies can plug holes and beat hackers off from using the same trick more than once.

The US, Israel and their Western allies are and will still share this information.

But the president sets the tone. As long as Trump continues to fight the conclusion about Russia’s cyberhacking, the US simply cannot be ‘all in’ as far as defending itself or working with others to defend themselves.

There is another factor. In mid-May, US National Security Adviser John Bolton eliminated the position of White House cybersecurity czar.

While the official reason was to streamline decision making, Bolton has made it clear in op-eds and interviews over the years that he believes that the US cyber policy is not aggressive enough.

When Russia or China perpetrate a major hack, many cyber experts advocate limited cyber counterattacks and restraint to avoid escalation; Bolton, however, advocates a disproportionate counterattack to intimidate adversaries from attacking again.

Though this may sound like stepping up America’s use of its cyberpowers, it is mostly focused on offensive cyber operations and could very well come at the expense of cyberdefense and careful cooperation and planning with Israel and other allies regarding it.

It is unclear how aggressively the Trump administration will pursue holes in US election infrastructure highlighted by a recent US congressional report.

But all of this is indirect for Israel.

IN THE BROADER picture, the fact is that to date there are no reports of Russia or China broadly cyberattacking Israel or its companies, let alone its elections.

Also, generally, there are no reports of major successful hacks against the Israeli government anywhere near the scale of those reported against the US government.

Trump and Bolton may weaken US cyberdefense, but Israel’s can be strong regardless, especially for elections.

While Bolton is cutting cyberstaff, Israel’s has exponentially multiplied, with the outgoing head of its National Cyber Security Authority, Buky Carmeli, having hired 200 cyber experts in a short time to defend the country along with experts from the Shin Bet (Israel Security Agency) and the IDF.

This does not mean Israel does not get cyberattacked. Iran, Hezbollah, Hamas and other terror groups have taken quite a few shots at Israel, especially at its private sector.

Carmeli said last month that Israeli companies have been experiencing an average of 150 cyber penetrations per month.

Further, Carmeli indicated that there were about five instances each month where the cyber penetration was major enough and important enough to the country to have been personally reported to the prime minister.

In June of last year, it came out at a little-noticed Knesset committee hearing that Israeli elections are not directly protected by Israel’s cyber authority because they have not been defined as “critical infrastructure.”

Carmeli and the Central Elections Commission both explained at the time that the cyber authority and the Shin Bet were still highly involved in assisting the elections commission in preparing for future elections.

They implied that the commission was not placed under the cyber authority’s jurisdiction to avoid any possible allegations of politicization by an incumbent administration.

But several Knesset members criticized the absence of a clear sense about who was responsible for election cybersecurity and said that the commission must define it as critical infrastructure – not as an optional good-will project.

They also said that it was unclear whether any cyber authorities were ready for a cyber propaganda campaign like Russia launched in the US, a separate issue from keeping cyber election machinery from getting hacked.

Last month, the first-ever major proposed cyber bill was put forth for consideration. It is unclear whether the bill will truly address these issues – and some of its protections might be watered down by concerns for privacy and civil liberties.

The bottom line is that Trump’s ongoing denial of cyberhacking has an indirect impact on Israel, but that Israel’s cyber election security is for the most part in its own hands – and so far has been less under attack. Still, the main threat may be in not taking election security seriously enough.