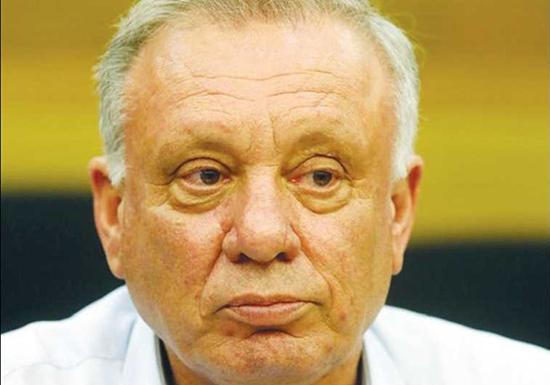 Those who witnessed the incident said Nahmias-Verbin had been in his way, so Broshi, 68, gave her a friendly pat.

Zionist Union MK Eitan Broshi’s pat on the behind of his colleague Ayelet Nahmias-Verbin when the faction visited Kibbutz Be’eri in the Gaza periphery Saturday night caused a rift within the party Wednesday.

Those who witnessed the incident said Nahmias- Verbin had been in his way, so Broshi, 68, gave her a friendly pat. No one who saw the incident said they thought he had any sexual intentions, but party member Amiram Levine told her that she should have slapped him, because he was disrespectful.

Nahmias-Verbin wrote on Facebook that she accepted Broshi’s apology but it did not change the fact that he had touched her in an improper, harmful and humiliating manner in front of a large group of people.

Broshi did not apologize initially, because he did not believe he did anything wrong. But he did apologize later that evening and issued a statement Wednesday saying that he had made a mistake, but complained that “unfortunately, there are those trying to score political points, using an unfortunate coincidence that happened will no ill intentions.”

He was referring to Zionist Union MK Shelly Yachimovich, who wrote on Twitter, “Broshi, I will be shunning you, and those like you. Your time has passed. I am with you, Ayelet.”

No Zionist Union MKs came out publicly backing Broshi. But in private conversations, multiple MKs in the faction called it “an unfortunate misunderstanding that had been blown out of proportion.”