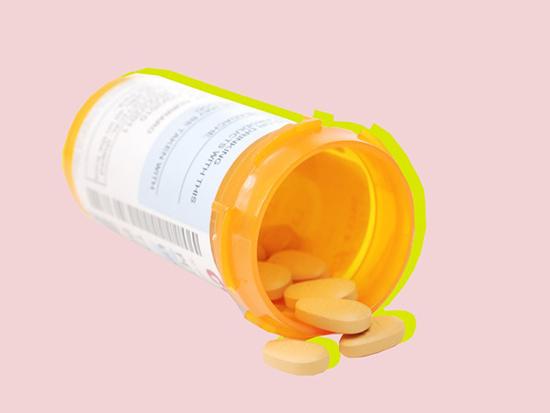 Several valsartan-containing drugs, which are commonly used to treat high blood pressure, have been recalled over contamination fears, the Food and Drug Administration (FDA) announced late last week. Specifically, the medications were tainted with N-nitrosodimethylamine (NDMA), a compound that’s been linked to cancer, the FDA said in a statement.

“The presence of NDMA was unexpected and is thought to be related to changes in the way the active substance was manufactured,” the FDA said in the statement. Additionally, the FDA noted that all the recalled products containing valsartan were supplied by a third party, which has since stopped supplying the ingredient. “The FDA is working with the affected companies to reduce or eliminate the valsartan [active pharmaceutical ingredient] impurity from future products,” the statement reads.

The problem is that NDMA has been linked to an increased risk for cancer.

NDMA is a semi-volatile compound that forms in both industrial and natural processes, the Environmental Protection Agency (EPA) explains. It’s created from chemical reactions involving nitrates, nitrites, and other proteins, Rowena N. Schwartz, Pharm.D., an oncology pharmacist and associate professor of pharmacy practice at the University of Cincinnati, tells SELF. So, the compound may be an unintentional byproduct of the medications’ chemical manufacturing process, Jamie Alan, Ph.D., an assistant professor of pharmacology and toxicology at Michigan State University, tells SELF.

There’s evidence NDMA can create free radicals in your body that can damage your DNA, which can lead to the formation of cancer in some cases, Alan explains. Although this sort of process could raise the risk for any kind of cancer, Alan says, NDMA is a nitrate; and nitrates have specifically been linked to an increased risk of stomach, colon, and kidney cancers, according to the National Cancer Institute.

Technically, the International Agency for Research on Cancer (IARC) considers NDMA a Group 2A agent, meaning it’s considered a probable human carcinogen. This category sits one step above agents categorized as “possibly” carcinogenic to humans (which is Group 2B) and one step below definite human carcinogens (Group 1). According to the IARC’s definitions, category 2A is usually chosen when there’s sufficient evidence for a compound being carcinogenic in animal studies, but limited evidence in human studies, especially if there’s evidence that the animals studied share a common potential mechanism of action with humans.

But, because there are so many other factors at play, it’s hard to say exactly how much your risk for cancer would increase if you were exposed to NDMA. Those factors include things like your family history, the dose of NDMA you were exposed to and the length of exposure, your other environmental risks, as well as your personal history with cancer. “It really is specific to the individual,” Alan says.

If you’re affected by this recall, there are a few things you should do.

First, check your medication by looking at the drug company and drug name on the bottle and seeing if it’s one that’s included in the recall. If that information isn’t clear on the packaging, contact the pharmacy where you got the medication. If it turns out your medication is affected by the recall, call your doctor or pharmacist and follow the instructions posted on the FDA’s website for that particular medication.

Obviously, if you’re taking a blood pressure medication, there’s probably a good reason for it—and you shouldn’t just stop taking it without having a backup plan in place, Sanjiv Patel, M.D., a cardiologist at MemorialCare Heart & Vascular Institute at Orange Coast Medical Center in Fountain Valley, California, tells SELF. Suddenly stopping your medication could cause a rebound effect that makes your blood pressure go up, Dr. Patel says, and that can put you at a higher risk of a stroke or heart attack. So, the FDA currently recommends that you keep taking your medication until you have a good replacement—and that you talk to your doctor or pharmacist about getting that replacement ASAP.

If for some reason you’re having a hard time getting hold of your doctor, call the pharmacy that filled this for you—they may be able to give you a similar product with valsartan that was not affected by the recall, Alan says. Or, your doctor may even recommend that you try a totally different medication. “There are other options beyond valsartan,” Dr. Patel says. “It just one of many medications we can use to treat high blood pressure.”