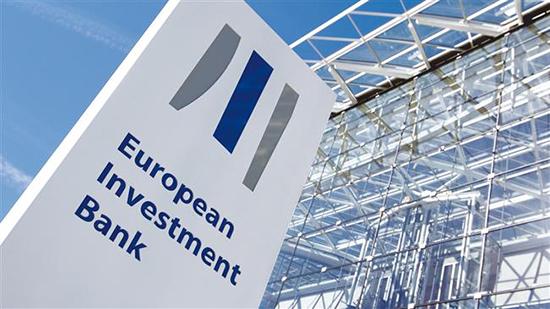 Despite President Trump’s May 8 withdrawal from Iran deal, leaders in Europe say they are determined to to keep the deal alive; However European Investment Bank President says investing in Iran is a big risk which may not pay off; ‘There is no European bank which is presently able to do business in and with Iran.’

The European Investment Bank would put its global operations at risk by investing in Iran, its president said on Wednesday, calling into question an EU plan to help save a nuclear deal with Tehran that Washington has abandoned.

In a bid to help keep money flowing to Tehran as the United States reimposes sanctions, the European Union has agreed to add Iran to the list of countries with which the Luxembourg-based EIB does business, effective from August.

But EIB President Werner Hoyer said that while he supported EU efforts to keep alive the 2015 deal which curbed Tehran’s nuclear ambitions, Iran is a place “where we cannot play an active role.”

The EU’s not-for-profit lender fears any dealings with Iran would jeopardise its ability to raise money on US markets and have far-reaching consequences for its operations. Hoyer said the EIB is indebted by 500 billion euros ($580.80 billion) in bond issues.

The bank will only do business there if it receives approval from its board of governors, which are the finance ministers of the EU’s 28 member states, and on the basis of finding suitable projects to invest in. It cannot be obliged to invest by the European Commission, which devised the plan.

US President Donald Trump pulled out of the Iran deal with world powers on May 8 and revived Iran-related sanctions, leaving the European Union, China and Russia to try to salvage the accord to prevents Tehran from developing a nuclear weapon.

The EU has proposed a package of economic measures to try to compensate for the impact of US sanctions and guarantee Iranian oil revenue. These include EIB lending, a special measure to shield EU companies from US secondary sanctions and a Commission proposal that EU governments make direct money transfers to Iran’s central bank to avoid US penalties.

The EU’s so-called blocking statue will also take effect in early August. It bans any EU company from complying with US sanctions and does not recognise any court rulings that enforce American penalties.

Central bank transfers to Iran to pay for oil imports and avoid US sanctions, a measure proposed by the European Commission in May, are still under discussion, diplomats said.

Hoyer’s comments will come as a blow to the European Commission as Washington remains inflexible.

The US administration is determined to deny Iran its oil revenues. Trump said last week that Iran’s economy was “collapsing” and Tehran would call to say “Let’s make a deal”.

The United States accuses Iran of financing armed groups across the Middle East, committing atrocities in Syria, building up a long-range ballistic missiles arsenal, as well as seeking to develop nuclear weapons, which Tehran has always denied.

Europe shares many of Washington’s concerns but says there is nothing to be gained from pulling out of the nuclear accord that placed drastic limits on Iran’s nuclear fuel production and with which Tehran is complying.

Washington has told countries that they must halt all imports of Iranian oil from Nov. 4 or face US financial measures, with no exemptions.

US Secretary of State Mike Pompeo wrote to EU foreign policy chief Federica Mogherini this month rejecting a request for carve-outs for European companies, although Mogherini played down its importance on Monday and said that EU work would continue.

“The set of measures we have been putting in place … allow us to guarantee that Iran continues to benefit from the economic benefits coming from the implementation of the agreement,” Mogherini said.

The Commission could not immediately be reached for comment.

While EU officials hoped their blocking statue will shield small and medium size business working in Iran, they admit that big companies will not remain in Iran without US waivers.

“There is no European bank which is presently able to do business in and with Iran,” Hoyer said at a news conference at the European Commission.

“We have to take note of the fact that we would risk the business model of the bank if we were active in Iran.”

The EIB currently steers clear of engaging in jurisdictions listed as high-risk under the FATF, a global group of government anti-money-laundering agencies. That includes Iran.