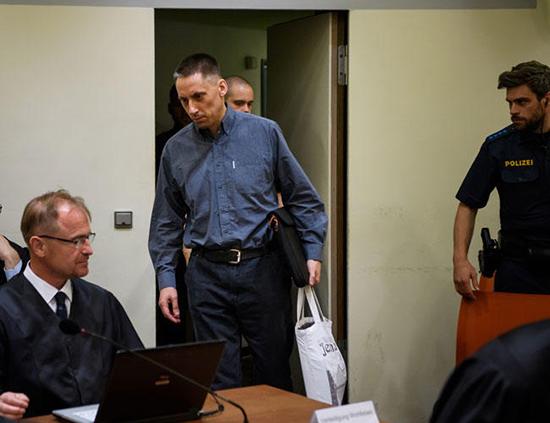 A key figure of the neo-Nazi group National Socialist Underground’s (NSU) killing spree was released from prison on July 18, after serving six years and eight months.

Ralf Wohlleben, a main supporter of the far-right NSU, was sentenced to 10 years in prison—two years less than what prosecutors sought—by a Munich court last week for having provided the gun used in the murders.

The court announced on July 18 that it approved the request of Wohlleben’s lawyers for his release, as he had already served two-thirds of his sentence in detention during the trial.

The NSU killed 10 people, including eight Turkish immigrants and one Greek as well as one police officer between 2000 and 2007, but the murders had long remained unresolved.

After a five-year-long trial of the suspects, Munich’s Higher Regional Court delivered its ruling last week, which disappointed the families of the victims, who said the trial left many key questions unanswered.

The court handed a life sentence to the main suspect Beate Zschaepe, the sole survivor of the terrorist cell, but gave lighter sentences to four other suspects, who provided support to the group.

During the five-year trial, Zschaepe declined to give any insight about the NSU and tried to lay the blame on her two deceased colleagues.

The German public first learned of the NSU’s existence and its role in the murders in 2011, when two members died after an unsuccessful bank robbery and police found guns and extreme-right literature in their apartment.

Until 2011, Germany’s police and intelligence services ruled out any racial motive for the murders and instead treated immigrant families as suspects, questioning them over alleged connections with mafia groups and drug traffickers.

While recent revelations have shown Germany’s domestic intelligence agency had dozens of informants who had contacts with NSU suspects, officials insisted they had no prior information about the NSU terror cell and its suspected role in the killings, state-run Anadolu Agency reported.