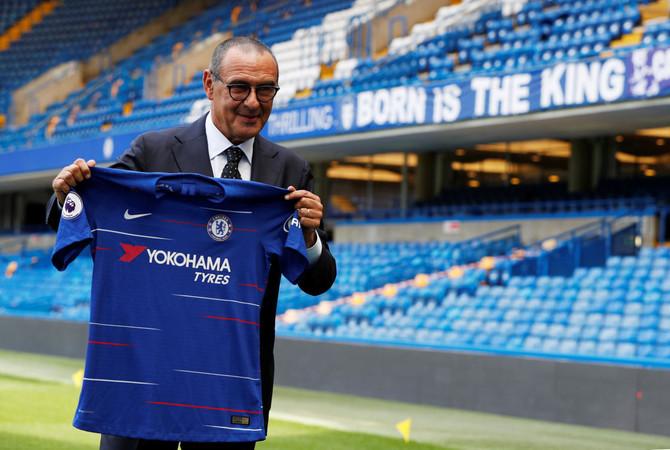 LONDON: Chelsea coach Maurizio Sarri says Eden Hazard is one of the top two or three players in Europe and he wants to meet the Belgium forward face-to-face to discuss his future.
Hazard said at the World Cup in Russia that “it might be time to discover something different“ after spending the last six years with Chelsea. He has been linked with a move to European champion Real Madrid, which recently sold Cristiano Ronaldo to Juventus.
Hazard is taking time off after the World Cup along with Belgium teammate Thibaut Courtois, whose future is also the matter of some debate.
Sarri says he doesn’t just want to phone the players who have yet to return to preseason training because a “telephone call without looking in their eyes will not give any certainty. I want to meet them face-to-face and understand what’s the best thing to do for everyone.”
Sarri says Hazard is “one of the top two or three European players,” adding that he hopes “to improve Hazard but that will be difficult.”
In his first news conference as Chelsea coach since joining from Napoli, Sarri said he will play in a “slightly different way” to predecessor Antonio Conte, who won the Premier League in his first season and FA Cup in his second after changing to a three-man defense.
Chelsea has already signed holding midfielder Jorginho from Napoli this offseason. Sarri says he would like more quality in the midfield area to fit his preferred approach, while adding that he could also adapt to the players he currently has in the squad.
Chelsea didn’t qualify for this season’s Champions League.