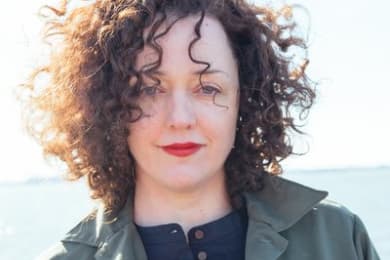 Glynnis MacNicol is here to tell you that life as a 40-year-old single, childless woman – the thing we’re taught to fear and avoid at all costs! – is actually pretty great.

MacNicol approached her 40th birthday “with so much dread and shame” because she didn’t have what she was “supposed” to have – a husband and a kid or two. And that year was difficult in some ways: She was caring for her mother, who was struggling with Alzheimer’s, and swooped in to help her sister, a single mother, when her third child arrived. But it was also exhilarating and full of adventure; by year’s end, she thought: “I’m so angry that no one prepared me for the possibility that life could be great.”

Here is our conversation, edited for clarity and length.

Lisa Bonos: The messaging to single women in their 40s is all about what you’re missing out on. What did you find to be different?

Glynnis MacNicol: I often think of how we’re only beginning to prepare women to deal with their finances and that we have not in any way prepared women to deal with freedom in a way that’s not fraught with shame. We don’t understand how to talk about women’s lives as fulfilling unless we incorporate babies or weddings.

There are no stories about women over the age of 40, really, where they aren’t primarily accessories in their own lives or support systems. I’m seeing the reality of these lives; I’m living it; I’m seeing it all around me with my friends. I’m not seeing that narrative. So [the title] works on a number of levels.

Bonos: In the first chapter, you write about your 40th birthday hanging over you like a guillotine, which is such an evocative and accurate way of addressing that fear of turning 40 as a woman. What sort of wisdom do you have on the other side?

MacNicol: My life is more enjoyable now than it has ever been, and more fulfilling. My relationships have deepened; I find them more satisfying and valuable. I feel more secure and confident. The word I come back to is that I feel incredibly powerful. That is the antithesis of what you’re conditioned to think – you’re supposed to think of yourself as a disappearing entity with no agency.

The timing in the arc of history couldn’t be better, even though there are a lot of forces trying to disempower us. When we look at some of the rallies the president is having and people are still chanting, “Lock her up,” I think “Well, who is her?” I think: We are her.

Bonos: I’m single; I’m 36. I don’t necessarily have a blueprint for how my life is going to go, but then I turn around and realise, I do – I just made it. I’ve lived, and that’s how you figure it out. What has that blueprint looked like for you?

MacNicol: When you have a child… you are looking at the next 18 years of your life of being tied to the schedule of what it is to have a child and even a marriage. To not have that is so freeing. I can make decisions on a dime and there are moments where it’s so tiring to not have a plan that stretches out. There are moments when I would like someone else to be providing my health insurance. Or wouldn’t it be nice if someone else called and made the car reservation? But those moments are less than half the time; it flips back and forth.

Probably the truth is: Me, you, everybody our age who’s living this life, we are creating a blueprint as we go. I live in a house; my oldest friend in New York, her husband and kids live downstairs. Even though my living situation sometimes sounds like a sitcom… I know a number of single women who have the same living situation. I’m probably inadvertently modelling a scenario which is going to become more common.

One of the benefits of turning 40 is I stopped being concerned about appearances, in terms of: Does my life look strange? Does it resemble anyone else’s? This is something we don’t encourage women to do, but I’ve learned to trust my instincts. If something feels good and I’m happy with it, I’ve stopped questioning how it fits in. I just go with it.

Bonos: Speaking of intuition, in that section in the book where you swoop in and help your sister take care of her three kids, there’s this moment where you’re staring at your newborn nephew Connor, asking yourself: “Do I want a child?” How do you arrive at a decision on a question like that?

MacNicol: We make a mistake by thinking about it as a clear-cut decision. These questions [of motherhood and marriage] get distilled down into black-and-white answers, which are very rarely reflective of what it truly feels like.

That question, when you’re a single woman, is a huge financial one. It’s a huge everything. I do spend a lot of time with children, so I was fully aware, as much as you can be, of the glorious things was that I was probably turning down as well as the hugely difficult, time-consuming things.

Bonos: Let’s talk more about care-giving. You write about being the third person in your friends’ relationships: the one who shows up when somebody’s baby has died or when someone’s marriage is falling apart. How do you navigate that role where you’re giving a lot to your friends while knowing that they’re going to show up for you in different ways?

MacNicol: It’s very complicated. I was the number one or number two emergency call for a whole bunch of people, and it just so happened that they all called me at the same time. It was really overwhelming. It was my mother; my niece and nephew; my business partner; my friends. [And yet] there is no recognition of my role as a caregiver, because we only see women’s value through marriage and motherhood. When that changes, these conversations will change.

Bonos: How do you ask people for help when you need it?

MacNicol: I’m a naturally direct person. I’m fortunate that I live upstairs from a friend; I’m constantly wandering downstairs for dinner. I’ve also been direct and just said, “I’m not okay right now.” Or: “I need someone to come over.”

When you’re a single woman who lives on her own, you develop muscles to take care of yourself in the extreme and… sometimes we need to exercise the “I need help” muscle. I’ve learned the hard way that people want to help. You have to let people help.