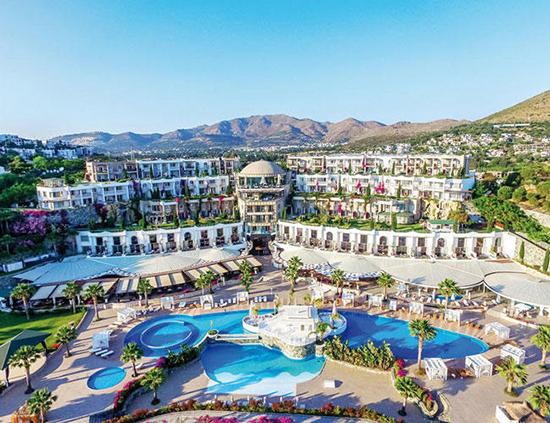 The number of swindling cases in the Turkish tourism market has been on the rise as dozens of fake hotel websites have appeared on the internet.

“Ten websites have been created in the name of hotels in Bodrum by this method [of phishing]. They purposely choose hotels that cost two or three thousand Turkish Liras [around $500] per night,” said Turkish Tourism Investors Association Vice Chair Recai Çakır on July 18.

Çakır had also become a victim in a phishing case when fraudsters copied the website for his hotel in Bodrum, the Sianji Hotel.

The fraud was uncovered after a holidaymaker called the Sianji Hotel to reserve a transfer from the airport and learned he had been scammed after the hotel could not find his booking.

The marketing manager checked the phone number on the fake website and discovered it was registered to a foreign phone line. In a phone conversation, the fraudsters demanded Bitcoins worth $100,000 for closing nearly 50 domains resembling the hotel’s brand name.

The hotel owner decided to take the case to the court immediately.

“The case will be finalized any day now. The fake website will most likely be shut down. We will get rid of that website but they can continue [swindling] by creating other websites … Imagine they can create hundreds of brands and websites with the name ‘Sianji,’” he said.

In many cases, the fake websites appear at the top of Google search results, said Çakır.

Holidaymakers have been advised to double-check the authenticity of hotel websites when booking a holiday.

“Consumers should be careful. Websites should be checked to see whether they are credible or not. The awareness of consumers should rise because fraudsters may completely copy websites,” said information technology law expert Mehmet Ali Köksal.

If the payment has been made using 3-D Secure technology, the money lands in the payee’s account immediately, thus it is almost impossible to retrieve, he said.

The bank should be notified as soon as possible to cancel the money transfer. The hotel owner and the authorities should also be informed immediately in order to protect others from scammers.

Some hotel owners offer rooms at low rates for customers who have been victims of fraud.