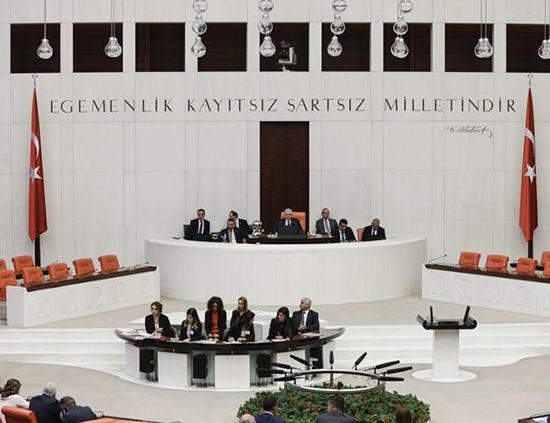 Turkey’s two-year-long state of emergency came to an end yesterday amid the introduction of a draft bill that seeks to bring about new anti-terror laws by the ruling Justice and Development Party (AKP). But opposition groups say the laws are as oppressive as the state of emergency.

First declared on July 20, 2016, days after a thwarted coup attempt on July 15, 2016, the three-month state of emergency rule has been extended seven times since then with the approvals of ministers.

The state of emergency has prolonged for at least two years in Turkey, with the government firing hundreds of thousands of civil servants and arresting tens of thousands for alleged links to what it calls the Fethullahist Terrorist Organization (FETÖ), believed to have orchestrated the deadly attempted takeover.

The Turkish government accuses the network of having had widespread influence over many state institutions and the army after decades-long infiltration. The government has issued over 35 emergency decrees and dismissed 130,000 public officials, legal professionals, academics and teachers for alleged terror links.

More than 200 media institutions and 1,500 non-governmental organizations, foundations and associations were closed.

According to figures provided by the Justice Ministry, among over 100,000 criminal investigations filed, 48,000 of them were brought to courts as of July 10.

Having been legally obliged to cover only matters related to the grounds on which the state of emergency was declared, the decrees have made sweeping amendments in some 107 laws.

The extent of the decrees has drawn harsh criticism from opposition parties, which accuse the AKP of abusing the decrees to bypass parliament and the current legislation. The opposition also says the state of emergency was used to silence and crack down on all critics of the government.

The decisions made via the state of emergency decrees, such as dismissals and closures, were also declared outside of local courts’ and constitutional court’s jurisdictions, leaving legal uncertainty in terms of domestic legal remedies. As the European Court of Human Rights necessitated exhausting domestic remedies to oversee cases, it resulted in the establishment of the State of Emergency Procedures Investigation Commission.

The commission had reported on June 22 that the number of appeals to the commission regarding the decree decisions has reached 108,905, and 21,500 of them were finalized, among which only 640 were approved to be objected.

A few days before the end of the emergency rule, the AKP issued the draft bill to the parliamentary commission, proposing to make amendments in several laws related to security regulations.

With the draft, the maximum detention period for keeping a suspect of a collective crime in custody was regulated as four days, with an option to renew it two more times, making the limit to detain someone for up to 12 days.

The draft also grants authorities to governors to limit entrances and exits to their cities, to ban public events and declare extraordinary security measures.