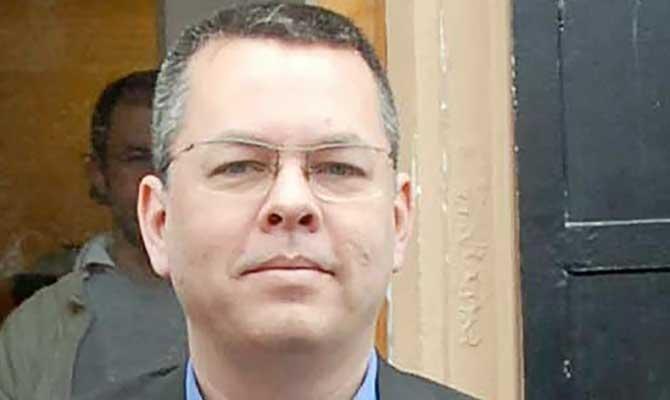 WASHINGTON: President Donald Trump on Wednesday urged Turkish President Recep Tayyip Erdogan on Twitter to free an American pastor held in Turkey.
“A total disgrace that Turkey will not release a respected US Pastor, Andrew Brunson, from prison. He has been held hostage far too long.
“@RT_Erdogan should do something to free this wonderful Christian husband & father. He has done nothing wrong, and his family needs him!” Trump tweeted.
Just hours earlier a Turkish court ordered an American pastor held for almost two years on terror charges to remain in prison, defying growing pressure from the US authorities for his release.
The case of Andrew Brunson, who ran a Protestant church in the Aegean city of Izmir and was first detained in October 2016, has become a major sticking point in improving relations between Ankara and Washington.
This is the third time his release has been refused — the court had in both previous hearings on April 16 and May 7 denied requests by the defense for Brunson to be set free.
The judge said the next hearing would be on October 12.