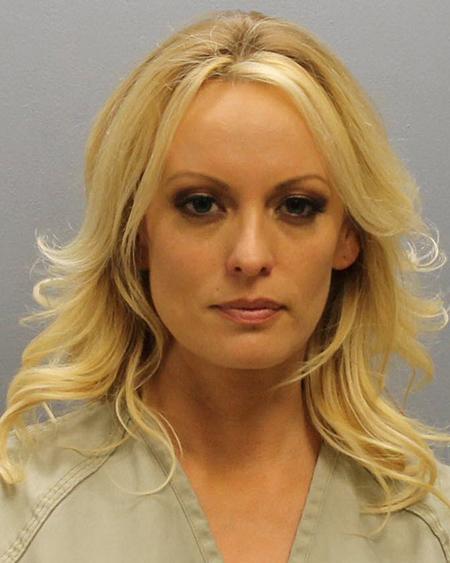 Dancers across the country say it shows just how much stripping is regulated by the state.

A judge dismissed the misdemeanor charges on Thursday afternoon, citing a technicality in the language of the act. But the case serves as a reminder of what strippers ― and sex workers at large ― often face: criminalization for doing their jobs.

Ohio’s Community Defense Act was passed in 2007 and had not been cited a single time in Franklin County before the arrest of Daniels, whose real name is Stephanie Clifford. The act prohibits any physical contact between dancers and patrons.

The law was pushed by conservative Christian group Citizens for Community Values, a group that regularly lobbies for anti-abortion and anti-LGBTQ-rights causes and previously championed legislation that would force patrons to stay at least 6 feet from dancers ― which strippers said would make it more difficult to get tips, which are the biggest portion of their income. That measure did not pass, but the no-touching law did.

Obscure legislation of strip clubs exists across the country, much to the chagrin of dancers, who say it inhibits their ability to work. Several states — like Florida, Missouri and Tennessee — have laws requiring patrons to stay a minimum of 6 feet from dancers. In 2002, as a result of an FBI investigation in Las Vegas, legislators in Clark County, Nevada, prohibited lap dances and putting cash in strippers’ G-strings. In 2010, Detroit joined several other U.S. cities like Houston and Atlantic City in requiring dancers at topless bars to wear at least pasties or bikini tops. Conservative groups and strip clubs in San Antonio were embroiled in a legal battle for years about the exact amount of breast a stripper was allowed to show, with judges ultimately deciding that “from the top of the areola” and down must be covered.

Many of these regulations are passed ostensibly to protect strippers or, as in the case of Daniels’ arrest, are passed under the guise of combating prostitution or human trafficking. But strippers and sex workers’ rights advocates argue they serve another goal: to criminalize even legal forms of sex work. Since lawmakers and religious group can’t prohibit dancing, as it is a form of expression, they are focusing on regulating the minutiae of what goes on at strip clubs.

“Ambiguous interpretation of oddly specific legislation disproportionately impacts the dancer rather than the establishment, club management or the customer breaking the same law,” Codi, a co-founder of We Are Dancers USA, told HuffPost. We Are Dancers USA is a dancer-led organization that provides resources to dancers across the country.

“While performing is technically legal, there are so many bizarre laws, and cops have too much power over sex workers, so almost anything can be interpreted as prostitution,” said Reese Piper, a dancer and writer who has worked in 13 clubs across the country.

Strip club laws are so different from state to state ― or even county to county ― that Piper said it’s hard to keep track of what’s allowed and what isn’t.

“In Manhattan, I had to wear a dress that covers my behind, which is why if you go into a strip club there, dancers are wearing cocktail dresses, not lingerie,” she said. “New Orleans, I have to wear a double thong plus an outfit that somewhat covers my ass … Philly and Pensacola [Florida], I had to wear a thong, and strangely enough in Pensacola, it’s illegal for me to ask a customer for a drink, but legal for him to offer.”

Another New York City–based dancer, an artist and writer who goes by Jacq the Stripper, has experienced similar difficulties in her work.

“In New York, at least one foot has to remain on the ground while you’re dancing for someone … There are endless laws in place to control women’s bodies, and the only person ever held accountable is the women working and not the customers coming in,” she said.

Policing dancers’ bodies is one thing, and Piper pointed out that clubs are often forced to exist outside city centers because of zoning laws.

It’s “a way to punish, criminalize and dehumanize” dancers, she said. “I felt this acutely while dancing in Austin [Texas] and Philly, where the clubs are way out of town, and it also says I’m not decent enough or my body is too dangerous to work alongside everyone else.”

“The rise in strip club raids goes to show that laws made to regulate our legal industry are not designed to protect us from mistreatment, does not ensure safety in our workplace, does not reduce social or political stigma and only forces us into the justice system as criminals,” Codi said.

Ultimately, what this legislation does is make it more difficult for dancers to do their jobs safely.

“I feel less safe knowing there are raids happening where cops come in with guns drawn, terrorizing us for trying to make a living,” Jacq said. “If they were really after traffickers, why are they arresting the dancers and not the club owners?”

Some dancers, like Piper, find themselves having to uproot themselves to find a safe place to do their work.

“After the raids in NOLA, I really felt the weight of the criminalization of my body,” she said. “I left even though I loved working there. I couldn’t handle the fear of arrest.”