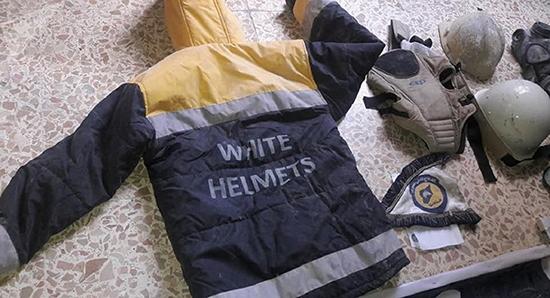 WASHINGTON (Sputnik) – Russia is hopeful that the US government will take efforts to prevent terrorists from using chemical weapons in Syria, Russian Ambassador to the United States Anatoly Antonov said in a statement on Wednesday.

“We are hopeful that the United States will do everything in their power to prevent the use of chemical weapons by terrorists and will act responsibly,” Antonov said on Wednesday. Antonov pointed out that Russia has also warned US officials against conducting strikes in Syria.

The Russian Envoy emphasized that the rhetoric around the subject of potential use of chemical weapons by Damascus may be used as a signal for terrorist groups and “pseudo-humanitarian organizations” such as the White Helmets to stage another provocation.

Moreover, Russian Envoy to the US also stressed in a statement that UK Special Services are preparing to launch another fake chemical attack in Syria as a pretext for the West to conduct missile strikes.

“This provocation, which is being prepared with active involvement of British Special Services, may become a pretext for the western ‘trio’ (Washington-London-Paris) to conduct another missile strike against Syrian military and civil infrastructure,” Antonov said.

Russia’s Defense Ministry warned earlier this week that the leader of the Tahrir al-Sham terrorist group, which is affiliated with the al-Qaeda-linked Jabhat Nusra terrorist organization, was planning a chemical attack against civilians in Idlib in order to provoke western nations into retaliating against Damascus.

In addition to these terror organizations, thousands of jihadists have been reportedly transported to the province from other Syrian regions under deals conducted with Damascus.

Earlier in the day, Department of State spokesperson Heather Nauert said that US senior diplomats discussed with Russia’s Ambassador to the United States Anatoly Antonov the situation in Syria’s Idlib province.

“Ambassador Jeffrey and Ambassador Satterfield met earlier this week with the Russian Ambassador to the United States in part to raise concerns about what could happen in Idlib,” Nauert told reporters on Wednesday, adding that there were concerns about a potential Syrian government offensive in Idlib and the impact it may have on civilians and infrastructure.

Meanwhile, according to the Russian Defense Ministry, representatives of the so-called White Helmets group have already delivered a large shipment of toxic substances to a warehouse used by militants in Idlib province.

“A part of this shipment in unmarked plastic barrels was later transported to another militant base in the southern part of Idlib province in order to stage a false-flag chemical attack and subsequently accuse the government forces of the use of toxic agents against civilians,” Maj. Gen. Alexei Tsygankov, head of the Russian Center for Syrian Reconciliation, said Tuesday.

In particular, White Helmets group plans to film videos in Syria for Middle Eastern and English-language media outlets after staging a false-flag chemical weapons attack aimed at sharply destabilizing the situation in the war-torn country, according to the Russian Defense Ministry.