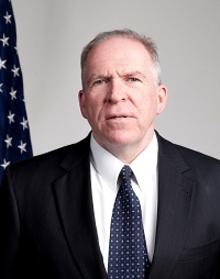 In this memo, VIPS tells the news media that the revocation of John Brennan’s security clearance is falsely being portrayed as an assault on the freedom of speech of the deeply flawed, former CIA director.

FROM: Veteran Intelligence Professionals for Sanity

As former members of the intelligence community, we feel compelled to add our voice to the public debate surrounding President Trump’s revocation of former CIA Director John Brennan’s security clearance. This action is being falsely portrayed as an assault on Mr. Brennan’s right to free speech.

We note that some of our former colleagues, a number of whom have held prominent intelligence posts, joined the protest against the President’s actions — a phenomenon that provides stark reminder that the United States intelligence community is not a monolith but rather a collection of diverse individuals with a range of opinions on many issues, including what is right and wrong, We the undersigned veteran intelligence professionals agree with President Trump’s decision to strip Mr. Brennan of his clearance.

We also note with irony that several of the former officials protesting the President’s action have themselves been associated with significant misconduct. David Petraeus, who was convicted of sharing highly classified material with his mistress/biographer, is a case in point. As experienced intelligence officers, we believe security clearances should be granted as a sacred trust and not simply a permanent entitlement that comes with a high level job.

Anyone who has read VIPS memos knows we have often expressed opposition to this President’s actions — as we have to those of previous Presidents — on important substantive issues when the  intelligence was faulty.

The issue for us is broader than the clearances of Mr. Brennan. We are appalled by the willful misreading by pundits and much of the media of the nature of security clearances. They are certainly not a constitutionally protected right, but a highly conditional privilege. Its granting comes with personal acceptance of restrictions on speech and association: among other things obligating one-time holders to a lifetime pre-publication review of writings that rely on information acquired in performing their official duties.

All of us signed secrecy agreements and accepted the burden of holding a clearance. We surrendered a part of our assumed right to free speech in service of our country’s welfare and safety. Those of us under cover kept secrets from family and friends. We no longer associated freely with foreign nationals; an active clearance carries the requirement to report contacts with them.

Moreover, security classification is provided by Executive Branch authority and is expressed with orders that are subject to change at the will of the current president (the exception to this being the so-called “Q” clearance established by law to protect nuclear weapons secrets, though this is also subject to presidential authority in granting or withdrawing clearance). Federal judges do not have automatic security clearances. Nor do members of Congress. They have access to secret information by virtue of their constitutional office and a presumed “need to know” in order to do their job.

Once a person separates from the intelligence community they can continue to hold a clearance provided they are employed as a contractor working on specific classified programs. There is simply no basis in law entitling anyone to permanent clearance. This includes John Brennan. It goes without saying that individuals who are granted continued clearance out of courtesy to their former high position remain accountable in their conduct, and that the Executive can revoke such clearances at will.

Mr. Brennan’s own record is clearly tarnished. When he was Chief of Station in Saudi Arabia prior to and after the bombing of Khobar Towers in June of 1996, rather than uphold the integrity of existing intelligence he went along with the decision to avoid creating problems with the Saudis. After the attack (which was carried out by Saudi elements linked to Bin Laden and Al Qaeda), Brennan helped push the meme that the culprits were Iran and Hezbollah.

As head of the Terrorist Threat Integration Center in 2003, Mr. Brennan failed to give the State Department complete statistics for terrorist attacks. The initial publication of “Patterns of Global Terrorism” in April 2004 touted a decline in terrorist attacks in 2003 as vindication of Bush Administration policies. The publication later had to be recalled and revised when it was discovered that the CIA had left out a month and a half of data. John Brennan was in charge of that process. Instead of receiving a reprimand, however, he ended up being promoted.

Mr. Brennan has assumed the role of passive spectator in building the fraudulent case to justify the 2003 invasion of Iraq. He has claimed only vague awareness of the CIA’s so-called “enhanced interrogation” program. Physical records tell a different story. Brennan was “cc-ed” on “a minimum of 50 memos” dealing with waterboarding and other torture techniques. Senator Saxbe Chambliss noted that Brennan’s boss, A. B. “Buzzy” Krongard, told the Wall Street Journal that Mr. Brennan had a role in setting the parameters of the program and “helping to seek Justice Department approval for the techniques.”

Mr. Brennan also attempted to cover up the truth about the CIA torture. Senator Mark Udall denounced his actions in a floor speech on December 10, 2014, the day after the Senate Intelligence Committee published the Executive Summary of the conclusions of its four-year investigation of CIA torture based on original CIA documents.  The investigation not only revealed almost unbelievably heinous practices, but also demonstrated that senior CIA officials were untruthful in claiming that “enhanced” techniques produced actionable intelligence that could not have been obtained by traditional interrogation practices.  With strong support from President Obama, Brennan, who was the CIA Director, aggressively fought publication of the Senate report.  Here’s Senator Udall:

“The CIA has lied to its overseers and the public, destroyed and tried to hold back evidence, spied on the Senate, made false charges against our staff, and lied about torture and the results of torture. And no one has been held to account. … There are right now people serving at high-level positions at the agency who approved, directed, or committed acts related to the CIA’s detention and interrogation program.”

Mr. Brennan is now publicly insisting that Russia meddled in the 2016 election. What, however, was CIA Director Brennan saying when the alleged Russian meddling was taking place? Did he warn President Obama? Did he warn the leaders of the Congress? According to press reports Mr. Brennan did brief Democrat Senator Harry Reid on ties between the Trump campaign and the Russian government and Reid then wrote FBI Director James Comey demanding an investigation. However, the chair of the House Intelligence Committee has said he was not given the same briefing as Senator Reid. Introducing the weight of national intelligence into partisan politics, as Mr. Brennan appears to have done in his official capacity, is forbidden activity.

We have all held clearances and deeply believe in the importance of intelligence officers conducting themselves with professional integrity, particularly with regard to remaining unentangled in party politics. VIPS is comprised of men and women of highly diverse political views, from Republican to Democrat to Independent. We agree on one thing: when a professional intelligence officer obtains classified information they accept an obligation to appropriately report facts without regard to political leanings. This is not about being a Democrat or a Republican. It is about doing the job of unbiased intelligence analysis. That is why VIPS has, over the years, written memos challenging the intelligence basis for policies and decisions of George W. Bush and Barack Obama as well as Donald Trump.

For the Steering Group, Veteran Intelligence Professionals for Sanity:

Veteran Intelligence Professionals for Sanity (VIPS) is made up of former intelligence officers, diplomats, military officers and congressional staffers. The organization, founded in 2002, was among the first critics of Washington’s justifications for launching a war against Iraq. VIPS advocates a US foreign and national security policy based on genuine national interests rather than contrived threats promoted for largely political reasons. An archive of VIPS memoranda is available at Consortiumnews.com.