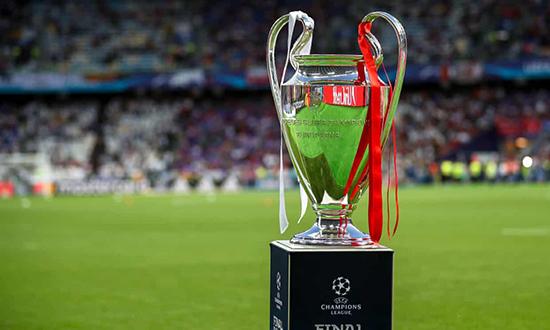 Every side in the group has reached the final; none of them have won the European Cup. Diego Simeone continues to work miracles to keep Atlético competitive in what would otherwise be a two-horse race in Spain, and with Antoine Griezmann staying and the arrival of Thomas Lemar, this looks the strongest Atlético in a few years – and the final will be hosted at their Wanda Metropolitano home.

After a disappointing couple of seasons, a 4-1 demolition of RB Leipzig on the opening weekend suggested Lucien Favre might be the man to make Dortmund competitive again. Monaco reached the Champions League semi-final in 2017 but their trajectory has been sadly predictable as their best players were picked off. Second last season could become something worse this, after a start that has brought four points from three games. Club Brugge, who reached the final in 1978, have not won a game in the Champions League group stage in 13 years.

Tottenham, having negotiated a brutal group in 2017-18, found the draw no easier this time. They will still wonder just how they managed to lose to Juventus in the round of 16 last season when they dominated for all but about half an hour of the tie. The key is to process that experience and develop, just as last season they improved on the year before, but that will be far from straightforward.

Increasingly, the ideology-led approach of Barcelona seems to be fading, as they become just another club signing top players. Despite the arrival of Malcom and Arturo Vidal, this does not necessarily look a stronger Barça than the side that lost in the quarter-final last season. Inter are in yet more transition. Having made a series of intriguing signings, bringing in the likes of Radja Nainggolan, Kwadwo Asamoah and Stefan de Vrij, they have begun by taking just a point from two winnable home games. PSV, meanwhile, are under an inexperienced manager in Mark van Bommel.

On the face of it, this is the toughest group, but Liverpool should be confident of progressing. They look a stronger side than last season, with Alisson a clear improvement in goal and far greater strength in depth for Jürgen Klopp to call upon in midfield. PSG, meanwhile, are living proof that while being rich is one thing, using wisely the advantages that brings is something else.

Thomas Tuchel is a far more system-driven manager than Unai Emery, and much will depend on whether he can reconcile the tension between his idea of football and Neymar’s self-indulgent tendencies. There will be a reunion for PSG with a former manager, Carlo Ancelotti, who has led Napoli to two straight victories in a tricky start to the season despite the loss of Jorginho to Chelsea. Red Star Belgrade, the 1991 European Cup winners, secured their place in the group stage for the first time with victory in an away-goals play-off win over Red Bull Salzburg.

A fascinatingly equal group, which is another way of saying it is probably the weakest of the eight. When Yuri Semin returned to Lokomotiv Moscow for a fourth spell in charge, it was widely seen as a sentimental appointment but the wily 71-year-old inspired them to a first league title in 14 years (when he was also in charge). Igor Denisov and Grzegorz Krychowiak form a formidable central midfield but Lok are still the pot one side everybody would have wanted.

There’s been the usual swirl of ins and outs at Porto and, while they are as good as anybody in the world game at managing that, five goals conceded in their last two league games suggests a vulnerability. The danger for Schalke is that they go the way of so many other Bundesliga sides and, having qualified for the Champions League, fail to reproduce the form that got them there. The loss of Leon Goretzka to Bayern Munich does not help. The Turkish champions Galatasaray complete the group.

A group of former winners, with 11 European Cups and Champions Leagues between Bayern, Benfica and Ajax. Niko Kovac took over as Bayern manager in the summer and immediately increased the physical load on players, something that may sit well with a group of German players who have something to prove after a dismal World Cup. Benfica, Rui Vitória’s Portuguese runners-up, remain unbeaten in seven this season and, under pressure after drawing the home leg of their play-off against PAOK, went to Greece and won 4-1 this week. Pizzi has been in prolific form this season, racking up six goals already.

Ajax picked up Daley Blind and Dusan Tadic from the Premier League in the summer, and after finishing second in the Netherlands last season, they were impressive in beating Dynamo Kyiv in a play-off. AEK have not been in the group stage since 2006-07 but Marinos Ouzounidis’s side ended Olympiakos’s run of seven straight league titles last season.

Manchester City’s squad is awesomely strong even if Kevin De Bruyne is likely to miss the entirety of the group stage with his knee injury. Pep Guardiola’s failure to win the Champions League since 2011 has called into doubt his methods against the absolute elite, but that should not be an issue at this stage. There is a familiar group-stage opponent with City, like last year, grouped with Shakhtar. Bernard, Fred and Darijo Srna have gone, but four Brazilians have been signed as Shakhtar have maintained the policy that has brought them such success. They are still unable to play in Donetsk, but Paulo Fonseca’s side completed a second successive double last season – and were the first side to beat City, albeit in a dead rubber in Ukraine, having lost 2-0 at the Etihad.

Lyon, who will have to play their first home game behind closed doors as punishment for disorder at last season’s Europa League tie against CSKA Moscow, and Hoffenheim make up the group.

Real Madrid may have won the past three Champions Leagues, but there is a vulnerability about them this season, as highlighted in their defeat to Atlético in the Super Cup. The manager and player most responsible for those successes have left and the underlying structure was never that convincing – something seen in how rarely Real actually controlled games even while winning them. But a capacity to peak at the right moment in Europe, even while treading water in the league, has long been a trademark.

They have, anyway, been a little fortunate with the draw. Roma’s summer transfer business was frenetic, with 12 players coming in on permanent deals, while the likes of Nainggolan have left. A repeat of last season’s semi-final seems unlikely. CSKA Moscow, similarly, have lost key players with Bebars Natcho, Pontus Wernbloom and Aleksandr Golovin all departing; one win in five league games this season tells its own story. Viktoria Plzen may be minnows, but they have begun their defence of the Czech title with six wins out of six.

There is no doubting the major story of Group H, with Cristiano Ronaldo marking his transfer to Juventus with a return to Old Trafford. No side embodies the optimism of Serie A so much as Juventus and their summer business. After seven straight scudetti, this summer felt like a concerted effort, after two defeats in finals in the past four seasons, to win a first Champions League since 1996. Ronaldo may not be as mobile as he was, but he is as close to a guarantee of goals in major games as anybody.

For José Mourinho, whose grumpiness is already threatening to overshadow this season, the draw has offered more bad news. If the Premier League continues to be a struggle, there will be no respite in Europe.

Valencia finished fourth in La Liga last season and may be even stronger this having signed Michy Batshuayi, Kevin Gameiro, Denis Cheryshev and Geoffrey Kondogbia. Young Boys, after winning the league for the first time since 1986, at least offer some relief.