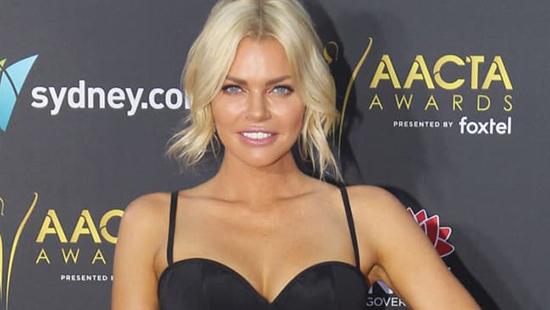 Just months after her split from Stu Laundy, the last guy standing on last year’s The Bachelorette, Sophie Monk has revealed she has a new boyfriend.

Surprisingly, the guy isn’t one of the reality franchise’s leftover cast-offs – it’s a “random” she met on a flight from Italy, while returning from a TV travel special she was shooting for Nine.

“You pashed him for 10 hours on the first flight you met, never seen him since, never slept with each other?” host Kyle Sandilands recounted.

“No… But he’s my boyfriend,” Monk replied.

The Love Island star told the hosts the unexpected hook-up was prompted by “three champagnes”, an “intimate” seating arrangement in business class, and the guy’s “funny and charming” banter.

“We were talking for hours, and then I just said, ‘Can I kiss you?’, ’cause I’m so awkward… And he goes, ‘Yeah!’, and I went, ‘Could you get my toothbrush out of that little case?’

“And so he got toothpaste out and a toothbrush and we both went and brushed our teeth and then, yeah… I’ve been talking to him ever since,” Monk told the hosts.

She remained vague on details about the mystery guy, telling the hosts that he’s an “Australian” who’s “not famous” who “lives overseas” and didn’t even recognise her.

“I haven’t seen him since that, but we talk on the phone every day and we’ve decided we’re not dating anyone else,” she said.

“He wants to keep himself quiet, which I love. Because I’m used to everyone wanting to do their own radio interviews about me. This is refreshing.”

Rob Moran–Rob Moran is an Entertainment reporter for The Age, The Sydney Morning Herald and Brisbane Times.