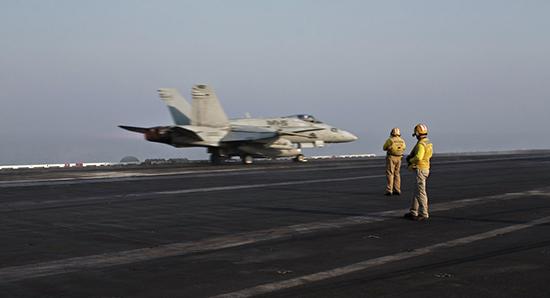 Among the main targets that could be struck if US President Donald Trump were to order a new round of airstrikes in the country are Syrian facilities alleged to be connected with chemical weapons production, CNN reported.

However, decisions on any specific strikes have not yet been made, a US administration official familiar with the matter told CNN, stressing that the US military could be engaged very quickly if the believed Damascus had launched a chemical weapons attack.

US Secretary of State Mike Pompeo said in a statement earlier on Friday that the US sees Russian Foreign Minister Sergey Lavrov’s defense of a possible operation in the province of Idlib as an escalation of the conflict.

Sergey Lavrov is defending Syrian and Russian assault on #Idlib. The Russians and Assad agreed not to permit this. The U.S sees this as an escalation of an already dangerous conflict.

The 3 million Syrians, who have already been forced out of their homes and are now in #Idlib, will suffer from this aggression. Not good. The world is watching.

Lavrov has said Syrian President Bashar Assad’s government has the legitimate right to expel terrorists from Idlib, where militant groups such as Jabhat al-Nusra have taken refuge.

Speculation about the possibility of a chemical weapons attack in Syria has grown in recent weeks after Russian officials warned of a plot to launch such an assault in order to provoke Western retaliation against the Syrian government.

Lavrov said Russia has evidence that such an attack is being prepared and has already transferred this proof to both the Organization for the Prohibition of Chemical Weapons and the United Nations.

Russian Navy Commander-in-Chief Adm. Vladimir Korolevhas said that the zone of the upcoming maneuvers in the Mediterranean has been declared temporarily dangerous for regular navigation and air traffic.

The US Defense Department told Sputnik Thursday that it was aware of reports of a huge military exercise Russia planned to stage in the Mediterranean Sea this week, and hoped Moscow would follow the rules of safe conduct.

On Tuesday, The Russian Center for Syrian Reconciliation reported that representatives of the White Helmets group had delivered a large shipment of toxic substances to a warehouse used by Ahrar al-Sham militants in Idlib province in order to stage a false-flag chemical attack and subsequently accuse the government forces of the use of toxic agents against civilians.

On April 7, Western media outlets reported that a chemical attack had been conducted in the Syrian city of Douma in the Damascus suburb of Eastern Ghouta. Western countries immediately blamed Damascus for the attack. The Syrian government denied the accusations and said that the Jaish al-Islam terror group staged the attack to encourage foreign intervention in Syria.

On April 14, the United States, the United Kingdom and France launched over 100 missiles on multiple targets in Syria in response to the alleged chemical weapons attack. Russian President Vladimir Putin said that the strikes were carried out in violation of the norms and principles of international law.