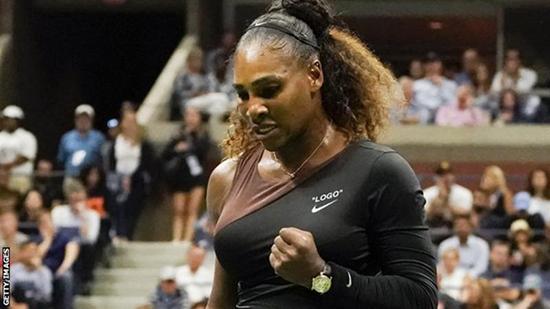 Serena Williams made light work of her older sister Venus Williams to reach the US Open fourth round in New York.

The American siblings, aged 38 and 36, were playing for the 30th time – but it was not much of a contest.

Serena Williams, who had a medical timeout in the first set, will play Estonia’s Kaia Kanepi in the last 16.

Kanepi, 33, dumped world number one Simona Halep out in the first round and has not dropped a set so far at Flushing Meadows.

“This was my best match since I have returned,” said Serena, who had time out of the game to give birth to her daughter last September.

By dropping just three games, Serena earned her joint biggest victory over Venus, alongside her 6-1 6-2 win at Charleston in 2013.

Venus said she thought it was her sister’s best performance in their matches, because she did not “even get to really touch any balls”.

“I don’t think I did a lot wrong. But she just did everything right,” Venus told a news conference.

“Obviously, that level is definitely where she’s going to want to stay during this whole tournament.”

The Williams sisters have created a special on-court rivalry which first began on the WTA Tour when they met at the 1998 Australian Open.

Since then they have won a combined 30 Grand Slam titles as Serena Williams gradually came out of her older sister’s shadow to dominate the women’s game.

In turn Serena has edged their head-to-head meetings, claiming her 18th win over Venus with victory in Friday’s late-night session on Arthur Ashe Stadium.

An expectant crowd packed in to watch two of America’s greatest sporting icons, but the atmosphere was left flat from the moment Serena broke in the fourth game of the match.

That was the second of five games in a row as she wrapped up the first set in 31 minutes.

The pair’s previous Grand Slam encounter came in the final of the 2017 Australian Open which Serena Williams won in the early stages of pregnancy, leading to Venus to joke before this match she had a better chance because it was not “two against one”.

But it did not get any easier for the two-time champion as her younger sister broke her serve twice in the second set to reach the last 16 at Flushing Meadows for the 17th successive time.