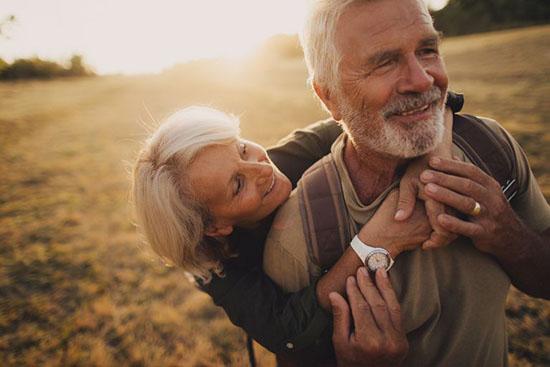 Read our tips on tackling the most common dementia obstacles.

Those who develop dementia are faced with a range of complex challenges caused by symptoms, such as memory loss and confusion, which can result from the condition. From problems with spatial orientation to difficulties with social interaction, the consequences of dementia can be broad and encompass many aspects of daily life.

But these are by no means too great to overcome. There are many ways that those living with dementia can work through the problems that they come up against, with the support of family members, friends and carers, allowing them to live happy, fulfilled lives.

Here are five of the biggest challenges posed by dementia, and how they can be overcome:

1. Ensuring you can find your way around

It is common for people living with dementia to experience directional difficulties causing anxiety and fear for the individual involved and their family members. Around a thousand people with dementia go missing every year, according to the UK Missing Persons Bureau.

Modern technology, though, is providing solutions to this, with GPS tracking tools now being promoted by the Metropolitan Police Service (MPS) to help locate people with dementia. Given the importance of walks and fresh air for physical and psychological wellbeing, GPS technology provides a safe, secure way for people to look out for their loved ones, who can still keep their valuable independence.

2. Battling the stereotype as well as the condition

It is imperative that we change the way that society views and talks about those living with dementia, and that we discourage people from using terms such as ‘past it’ or ‘suffering’ when referring to people with the condition. These words imply that people with dementia are incapable of living full, active lives. Though people may not realise it, the use of negative terms influences behaviour and the way society as a whole treats people with dementia.

This can have a knock-on effect by reducing the self-confidence of individuals living with the condition. There are many initiatives being rolled out in local areas that help to raise awareness of dementia, eg Dementia Friends, which help people with dementia feel included, understood and supported by their communities.

3. Managing finances and using the bank

The onset of dementia, and the memory loss that comes with it, can cause difficulties when using the bank and looking after one’s money. For example, it can become increasingly hard to remember a PIN number and keep on top of the amount of money being spent and received.

As a result, banks such as HSBC are becoming more accessible to those living with dementia, with voice technology recognition being introduced, so that individuals do not have to memorise a PIN. These are promising steps in making day-to-day tasks a more easily-navigable aspect of life.

Research has shown that people living with dementia often spend their days being passive, not interacting with their surrounding environment or engaging their mind to the degree that they once did. This can increase their levels of agitation, anxiety and apathy.

To overcome this challenge, a new game called Tovertafel has been introduced in a number of UK care homes, which involves light animations created by a projector and infrared sensors. The game provides cognitive stimulation, and promotes physical movement and conversation.

5. Escaping the threat of isolation

People with dementia can reach a stage where they are no longer able to communicate through language, posing challenges for their ability to interact with others and maintain relationships with friends and family.

In order to stop the decline in self-esteem that this can cause, music therapy is increasingly being seen as a lifeline, providing a therapeutic stimulus and allowing for self-expression and a reconnection with one’s past. Singing groups can be invaluable in giving people the chance to be valued and heard, and fosters bonds with others.