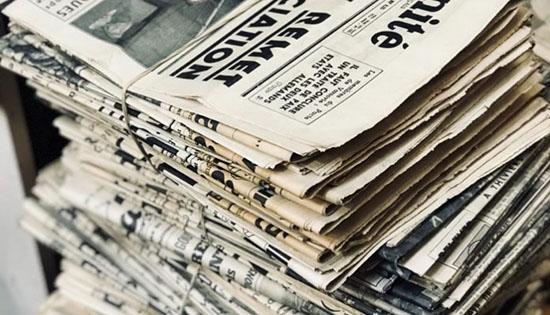 Seven local daily newspapers in Turkey’s third biggest city of İzmir have decided to halt publications on Sundays due to an ongoing currency crisis, the Birgün daily reported.

“We will not publish our newspaper on Sundays because of the economic problems, the loss in value of the Turkish lira and consequently the difficulty in importing paper,” Murat Atilla, editor-in-chief of one of the dailies, said.

Turkey has been facing a currency crisis, with the lira losing more than 50 percent of its value since the beginning of the year.

As the paper that publishers use is imported, the publishing industry, including publishing houses, newspapers and bookstores, have all been significantly affected.

The Cumhuriyet and Sözcü newspapers, both critical of the government, increased their edition prices by 25 percent in order to weather the crisis, while along with several other publishing houses, Ayrıntı recently announced that it hiked book prices by up to 40 percent.