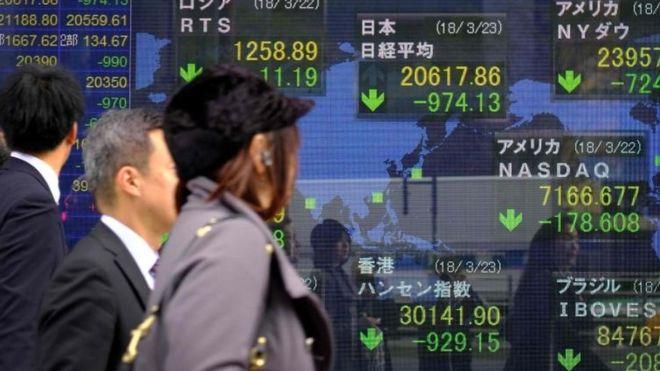 MSCI’s broadest index of Asia-Pacific shares outside Japan .MIAPJ0000PUS fell 0.2 percent while Japan’s Nikkei .N225 fell 0.4 percent though trade could be subdued due to a U.S. market holiday on Monday.

Trump said last week he is ready to implement the new tariffs as soon as a public comment period on the plan ends on Thursday, which would be a major escalation after it has applied already tariffs on $50 billion of exports from China.

Shanghai shares .SSEC fell 5.3 percent last month on worries about the trade war while U.S. shares, especially technology shares, have fared better thanks in part due to the strength of the current economic data and corporate profits.

Major economic U.S. data due this week, such as a manufacturing survey on Tuesday and employment report on Friday, is also expected to show solid conditions.

“U.S. shares and only a handful of countries are likely to continue to attract global funds,” said Mitsubishi’s Fujito.

Investors remained wary of some battered emerging market currencies, which have been through one of the biggest selloffs in recent years, although though they rebounded slightly on Friday.

The Turkish lira stood at 6.6000 per dollar TRYTOM=D3 in early Monday trade, down 0.8 percent.

Benchmark Brent crude oil LCOc1 was almost flat at $77.59 per barrel, not far from Thursday’s seven-week high of $78.03 per barrel.