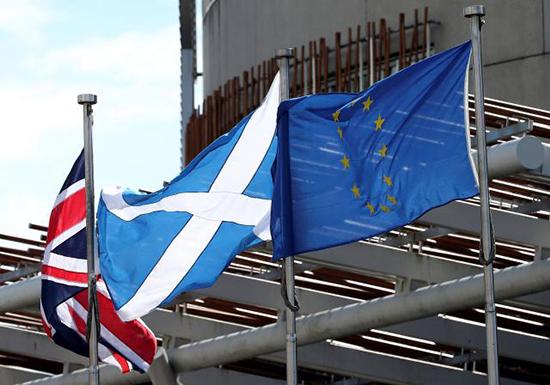 LONDON (Reuters) – Britain’s exit from the European Union could tip public opinion in Scotland in favor of seeking independence, an opinion poll showed on Sunday.

Scotland voted against independence in 2014, but a subsequent referendum on leaving the EU has reignited debate over its long-term future as one of Britain’s four constituent parts alongside England, Wales, and Northern Ireland.

In 2016, a majority of Scottish voters backed staying in the EU, while Britain as a whole, voted to leave, meaning that Britain is now due to leave the EU on March 29 2019.

The poll was conducted by Deltapoll, a member of the British Polling Council, which interviewed 1,022 Scottish voters. The poll was commissioned by Best for Britain, an body campaigning for Britain to keep an open mind on retaining its EU membership.

The British government says that the 2014 referendum on Scottish independence settled the question.