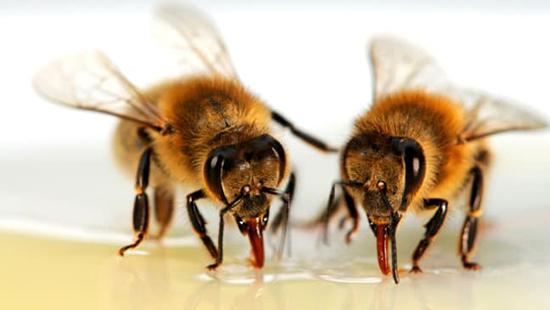 Honey bees are probably the most underrated living being. Weighing in at one-tenth of a gram, measuring around 14 mm in length and in most cases living just six weeks, these insects literally feed the world by pollinating around one-third of all food crops across the globe. In Australia they are responsible for pollinating between $8 billion and $19 billion worth of produce – most of our fruit, nuts and other crops like canola – every year.

It is not an overstatement to say that wiping out honey bees would trigger crop failures, famines and a humanitarian disaster never before seen in modern society.

Protecting honeybees must be a key plank of Australia’s (and all nations’) agricultural and trade policies. But it isn’t. In fact, the industry is going backwards and is now at risk of becoming unviable. While water scarcity and management garners all the headlines, bees and beekeeping are almost as important to the wellbeing of the economy and, crucially, more in our control.

The problem is simple: some imported goods are called “honey” but are actually honey substitutes. It might be rice, corn or beet syrup. Or it might be a mix of any of those syrups with real honey, to bulk up quantities. And it’s sending our beekeepers broke.

In the decade to 2015 Australian beehive and beekeeper numbers fell by 25 per cent. The reason was simple: keeping bees became less economical as overseas “honey” hit supermarket shelves at one third to one half the price of locally produced honey. It’s a tricky situation for the local honey industry. It knows adulteration is going on but the last thing our beekeepers need is a crisis in confidence around their produce that stopped consumers from buying Australian honey. It’s a similar story across the globe where honey producers fear that revelations of adulterated honey will damage the good reputation of the industry built up over many years.

Australia didn’t import honey until the severe drought of 2004 triggered shortages. We opened the door to overseas producers, knowing that fake honey was going to be a problem. Imports were tested for C4 sugars only. It was a woefully inadequate test for adulterated honey back then. It’s the same test used today.

Suddenly local producers were competing with “honey” from around the world. And the price differentials were staggering. It has gotten worse. Imported “honey” from China now costs around $2.40 per kilo. Australian beekeepers are paid somewhere between $5 and $10 per kg for their product depending on the type of honey. The local beekeepers just can’t compete.

So why haven’t we updated our testing methods to detect fraud? The Customs Department has never regarded “honey” as a high-risk product, even though US Pharmacopeia says it is the third most likely foodstuff to be adulterated. Sellers of fake honey simply have to fool the C4 test and they can sell to Australian buyers.

Not all imports of honey are suspect. Places like New Zealand, Italy and Greece sell real honey into Australia and compete with local producers. But the cost per kilo is somewhere between $16 and $36. It’s a competitive market.

Last year Australia imported around 8.4 million kilograms of honey. Almost three-quarters of it came out of China. It was packaged and sold as “honey” on supermarket shelves across the country. But it wasn’t clear how much of it was actually honey. That was until the recent Fairfax Media/ABC investigation. It showed that following tests carried out in a German laboratory, a large portion of imports from China was not honey.

Even before the testing was done, the pace of growth of “honey” production out of China defied all logic. While its total number of hives rose by less than 7 per cent in the decade to the end of 2016, its exports increased by almost 200 per cent. The only plausible explanation was that honey was being mixed with, or replaced by, other substances.

This has enormous ramifications for Australia. It’s a food security issue. Consumers must be wary of buying honey that contains imported ingredients and should be told where those imports are from.

Australia’s agricultural industry is now at significant risk as the beehive industry diminishes. Someone needs to act now.

Most importantly the government must intervene to protect the Australian beekeeping and agricultural industries. Until better testing on honey from overseas is available, the government needs to re-institute the ban on honey imports from high risk countries.

The consequences of not taking action are dire.

Robert Costa is chairman of Costa Asset Management, which owners and manages plantations and farms.