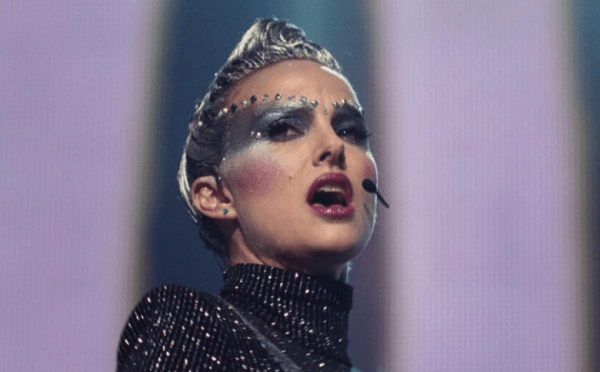 by Andreas Wiseman and Nancy Tartaglione

From Roma to Suspiria and A Star Is Born to The Favourite, female actors and characters have shone through on the big screen during the first half of the Venice Film Festival. The phenomenon is notable given the concurrent lament over the lack of women directors on the Lido. Jacques Audiard today became the highest-profile director to call out the scarcity in Venice’s Competition lineup.

Venice organizers, and more specifically artistic director Alberto Barbera, have come under fire over the chasm between the number of titles helmed by men and those helmed by women in the festival’s main section. Understandably so. One out of 21 is a poor return, and the percentage of women in the biggest strand has been dropping in recent editions.

Yet, while it does not excuse the missing female directors, many of this year’s most buzzed-about movies showcase potent female roles and performances (ironically, Audiard’s press-applauded Sisters Brothers does not).

Alfonso Cuaron’s stylish and personal black-and-white Netflix drama Roma won raves and is led by three Mexican actresses. The movie is a love-letter to the strong women in Cuaron’s life and could hardly be more of a feminist parable. At the press conference on Thursday, Cuaron praised the women at the heart of his story. “This film sees all these women as protagonists. It has been made by all these women and the result is thanks to them,” he said.

Yorgos Lanthimos’ period romp The Favourite, from Fox Searchlight, too has a trio of women at its heart. The 18th century ladies — portrayed by Rachel Weisz, Olivia Colman and Emma Stone — gave Lanthimos “the opportunity to create three complex female characters which is something you rarely see,” he said. “Because of the prevalent male gaze in cinema, women are portrayed as housewives, girlfriends… Our small contribution is we’re just trying to show them as complex and wonderful and horrific as they are.”

And, certainly the Lido went wild for Lady Gaga’s turn in Bradley Cooper’s A Star Is Born (though the Warner Bros title is out-of-competition). The latest incarnation of the age-old tale proved the singer’s acting chops in a role that scrubs her bare of any of the artifice with which she’s typically associated.

Amazon’s Suspiria features a near-all female cast and could be a lightning rod for feminist interpretation. Director Luca Guadagnino was flanked by female actors at the press conference Saturday, and he and star Tilda Swinton have discussed the influence on the film of feminist movements from the 1970s.

The fest took flight on Wednesday with Damien Chazelle’s First Man from Universal. There’s already Oscar chatter surrounding Claire Foy as Neil Armstrong’s wife Janet who battles to hold her family together as her husband is consumed by grief — and his historic work. Meanwhile, 19th Century story Peterloo gives good space for women characters even while portraying a truly toxically masculine event.

And there are more on deck this week. Natalie Portman will star as a pop star and mother to a teenage daughter in Brady Corbet’s Vox Lux. Pablo Trapero’s La Quietud with Berenice Bejo follows two sisters who find themselves after a long separation; Laszlo Nemes’ Sunset focuses on a determined woman in pre-WWI Budapest; and Jennifer Kent — the sole female director in competition — has The Nightingale on Thursday. In it, Aisling Franciosi plays a young Irish convict bent on revenge in the Tasmanian wilderness.

This is not a dissimilar situation to 2017 when there was also just one female director in the main section, but strong women in the stories being told. At the time, Venice saw the world premieres of Frances McDormand strutting through her grief in Martin McDonagh’s Three Billboards Outside Ebbing Missouri; Sally Hawkins’ unabashedly sexual 1950s imp in Guillermo del Toro’s The Shape Of Water<, and Hong Chau’s scene-stealing turn in Alexander Payne’s Downsizing, among others.

Hawkins went on to an Oscar nomination for del Toro’s eventual Golden Lion and Best Picture winner while McDormand scooped the Academy Award as Mildred Hayes.

Of course, a common denominator in virtually all the films noted above is that they are directed by men. While the content on show in Venice is encouraging, that imbalance needs to be remedied.

Defending his position, Barbera has pointed out that across the entire festival’s slate, 22% of films are directed by women. He also said fewer than 25% of submissions were from female filmmakers. Further, more than 70% of key Biennale staff are women, and 45% of the fest’s cinema programmers are female. The festival was prompted to action when it signed a diversity pledge on Friday and Barbera says more needs to be done at a broader industry level, but he has ruled out quotas or changing his selection approach.

We are seeing green shoots of change at many film festivals. A handful of women have been hired to key posts in recent months, which is positive. Venice is rightly hearing about the gender imbalance of its directors, and there is work to be done. The balance is at least better on screen.